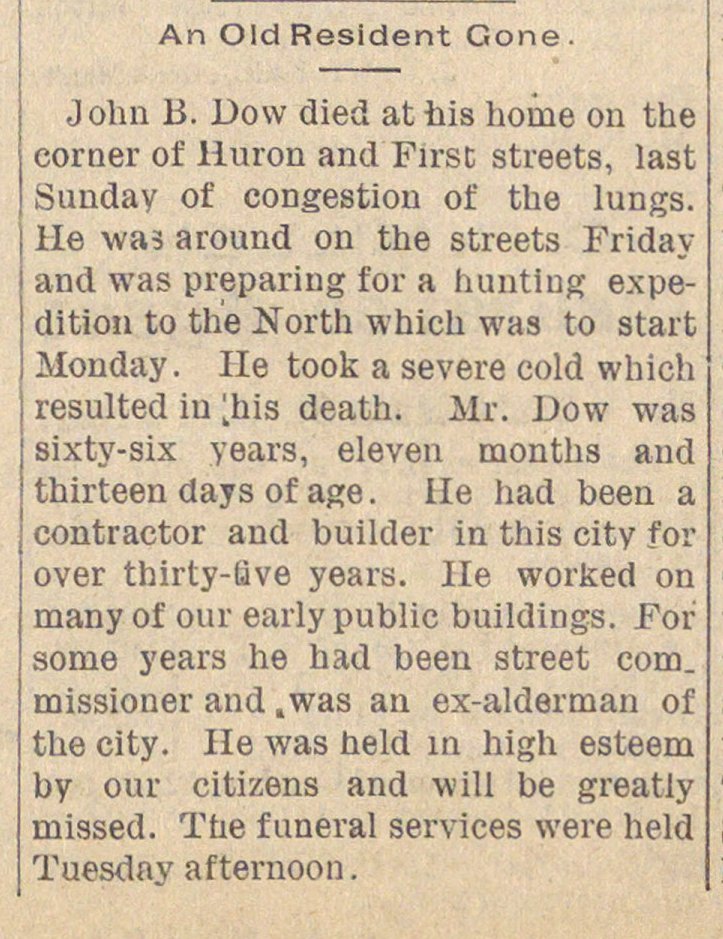 John B. Dow died at his home on the corner of Huron and First streets, last Sunday of congestion of the lungs. He was around on the streets Friday and was preparing for a hunting expedition to the North which was to start Monday. He took a severe cold which resulted in his death. Mr. Dow was sixty-six years, eleven months and thirteen days of age. He had been a contractor and builder in this city for over thirty-Sve years. He worked on many of our early public buildings. For some years he had been street commissioner and was an ex-alderman of the city. He was held in high esteem by our citizens and will be greatly missed. The funeral services were held Tuesday afternoon.