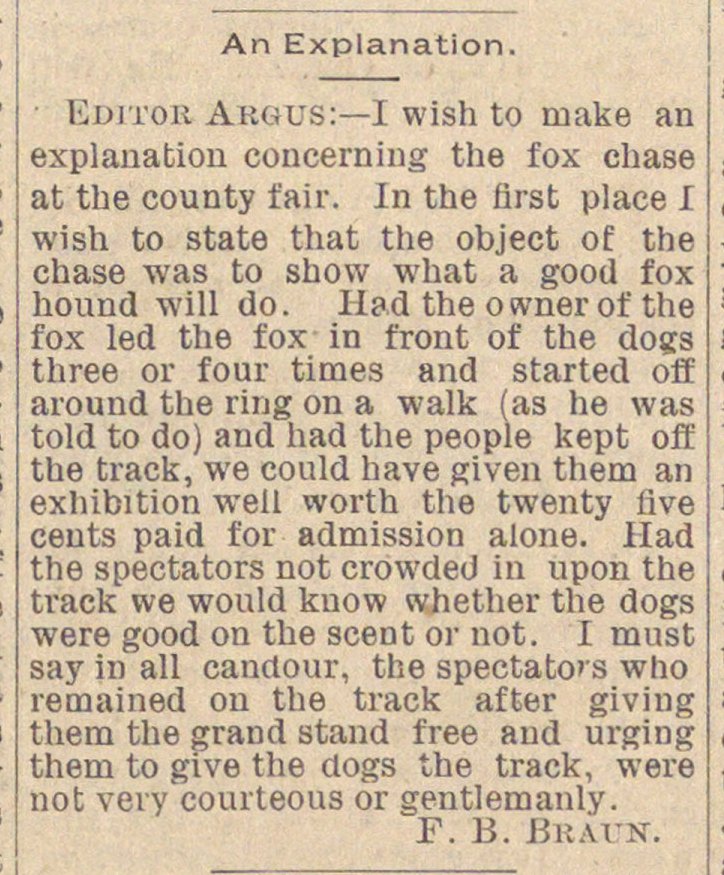 Editor Akous:- I wish to niake an explauation conceming the fox chase at the county fair. In the flrst place I wish to state that the object of the chase was to show what a good fox hound will do. Had the o wner of the fox led the fox in front of the dogs three or four times and started off around the ring on a walk (as he was told to do) and had the people kept off the track, we could have given them an exhibition well worth the twenty flve cents paid for admission alone. Had the spectators not crowded in upon the track we would know whether the dogs were good on the scent or not. I must say in all canrtour, the spectato's who remained on the track after giving them the grand stand free and urging them to give the dogs the track, were not very courteous or gentlemanly.