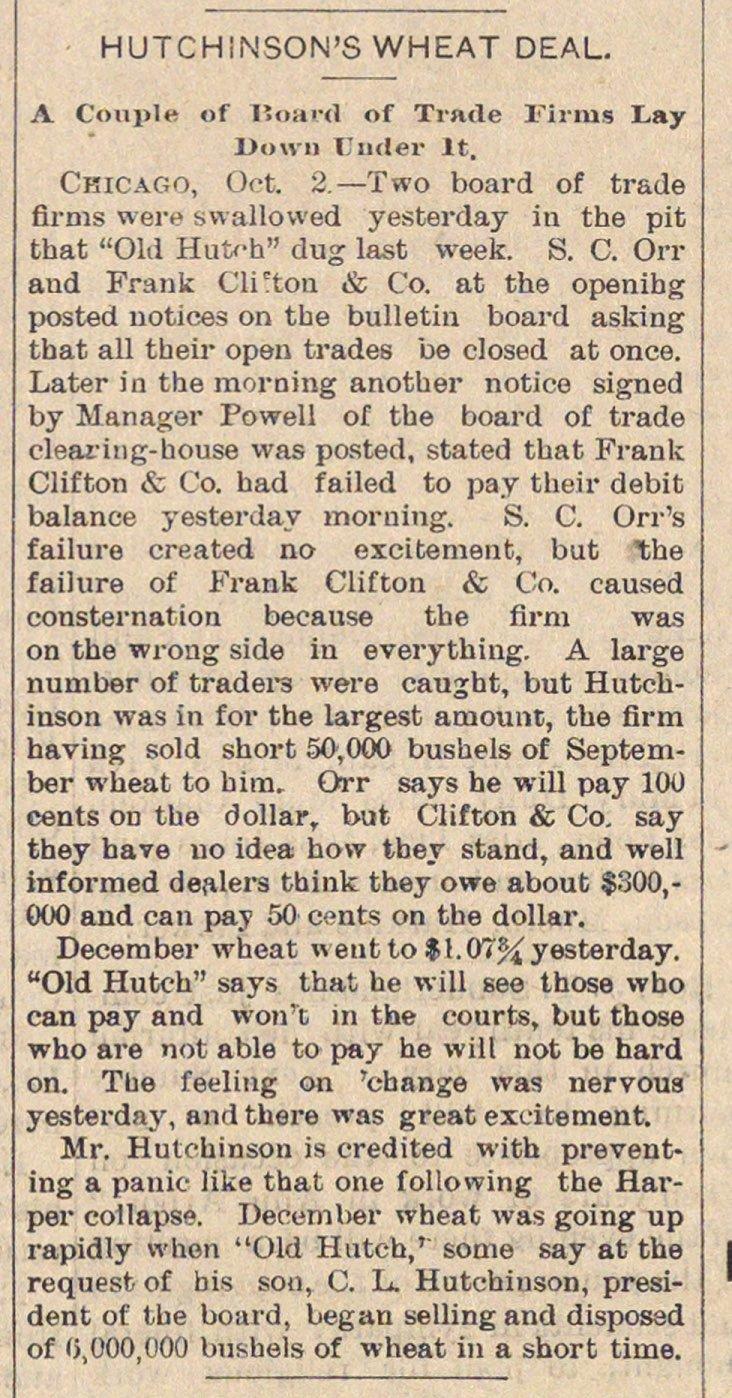 Chicago, Oet. 2. - Two board of trade films were snallowed yesterday in the pit that "OU Hii'wh" dug last week. S. C. Onand Frank CU 'ton & Co. at the openibg postad notiees on the bulletin board asking tbat all their open trades ue closed at once. Later in the morning another notice signed by Manager Fowell oL the board oL trade clearing-bouse was posted, stated that Frank Clifton & Co. had failed to pay their debit balance yesterday moraing. S. C. Orr's failure created no excitement, but the failure of Krank Clifton & Co. caused consternation because the firm was on the wrong side in everythiug. A large number of tradei-3 were caught, but Hutchiuson was in for the largest amount, the firm having sold short 50,000 bushels of September wheat to bim. Orr says he will pay 100 cents od the dollar, but Clifton & Co. say they bave uo idea how tbey stand, and well informed dealers think they owe about $300,000 and can pay 50 cents on the dollar. December wheat ent to$l.07% yesterday. "Old Hutch" says that he will see those who can pay and won't in the eourts, but those who are not able to pay he will not be hard on. The feeling on 'chance was nervous yesterday, andthere was great excitement. Mr. Hutchinson is credited with preventing a panic like that one following the flarper collapse. December wheat was going up rapidly when "Old Hutch,' some say at the request of bis son, C. L. Hutchiuson, president of the board, began sellingand dispossd of 0,000,000 bushels of wheat in a short time.