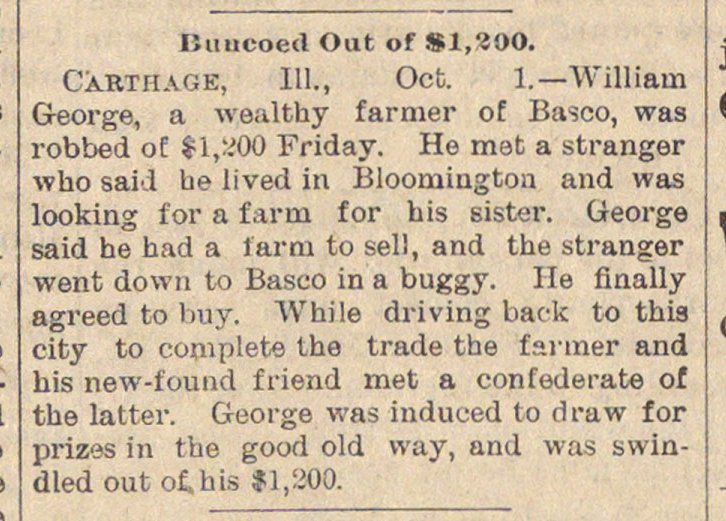 Cárthage, III., Ocfc. 1.- William George, a wealttay farmer of Basco, was robbed of $l,:íOO Friday. He met a stranger who said be lived in Bloomiugton and was looking lor a farm for his sister. George said he had a farm to sell, and the stranger went down to Basco in a buggy. He finally agreed to Imy. While driving back to this city to complete the trade the farmer and his new-found f riend met a confedérate of the latter. George was induced to draw for prizes in the good old vvay, and was swiadledoutoihis il, 200.