He Was Too Fresh 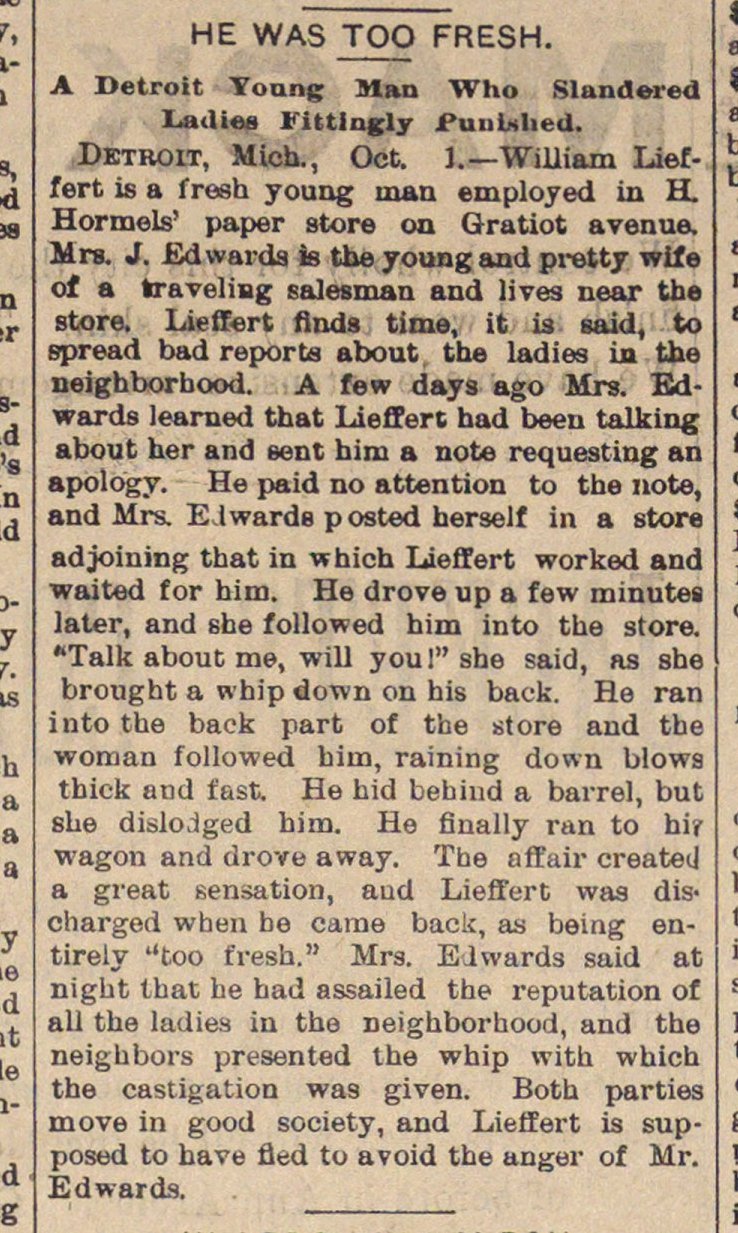 Detroit, Mich., Oct. 1.- WiUiam Lieffert is a fresh young man employed in H. Hormels' paper store un Qratiot avenue. Mrs. J. Edwarda is the young and pretty wife of a traveling salesman and uves near the store, Lieffert finds time, it ís said, to spread bad reporta about, the ladies ia the neighborbood. A few days ago Mrs. Bdwards leamed that Lieffert had been talking about her and eent him a note requesting an apology. He paid no attention to tbe note, and Mrs. E I warde postad herself in a store adjoining that in which Lieffert worked and waited for him. He drove up a few minutes later, and ehe followed him into the store. "Talk about me, will youl" she said, as she brought a whip down on his back. He ran i uto the back part of the store and the woman followed bim, raining down blows tbick and fast. He hid behind a barrel, but she dislciged him. He finally ran to hi? wagon and drOYu away. The affair createj a great sensation, and Lieffert was discharged when he carne back, as being entirely "too fi-esh." Mrs. EJwards said at niglit that he had assailed the reputation of all the ladies in tbe neiguborhood, and the neighbors presented the whip witu which the castigation was given. Both parties move in good society, and Lieffert is supposed to have fled to avoid the anger of Mr. Edwards.