His Curiosity Resulted In Death 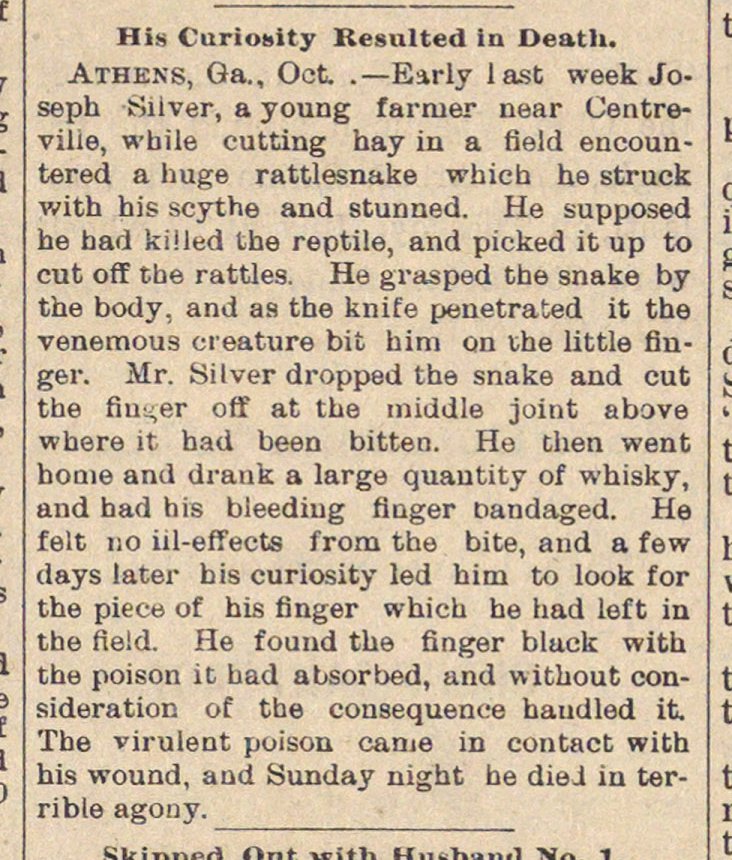 Athkks, Ga., Oct .- Early last week Joseph fíilver, a young farmer near Centrevilie, while cutting hay in a field encountered a huge rattlesnake whicb he struek with his scythe and stunned. He supposed he had killed Ibe reptile, and picked it up to cut off tbe rattles. He grasped the snake by the body, and aa the knife penetrated it the venemous creature bit him on the little finger. Mr. Silver dropped the snake and cut the fineer off at the middle joint above where it bad been bitten. He tlien went home and drank a large quautity of whisky, and had his bleediug finger oandaged. He feit 110 iil-effects from the bite, and a few days later his curiosity led him to look for the pieee of his finger whicu he had left in the field. He found the finger black with the poison it had absorbed, and without consideratioc of tbe consequenee handled it The virulent poison canie in contact with his wound, and Sunday night he diei in terrible agony.