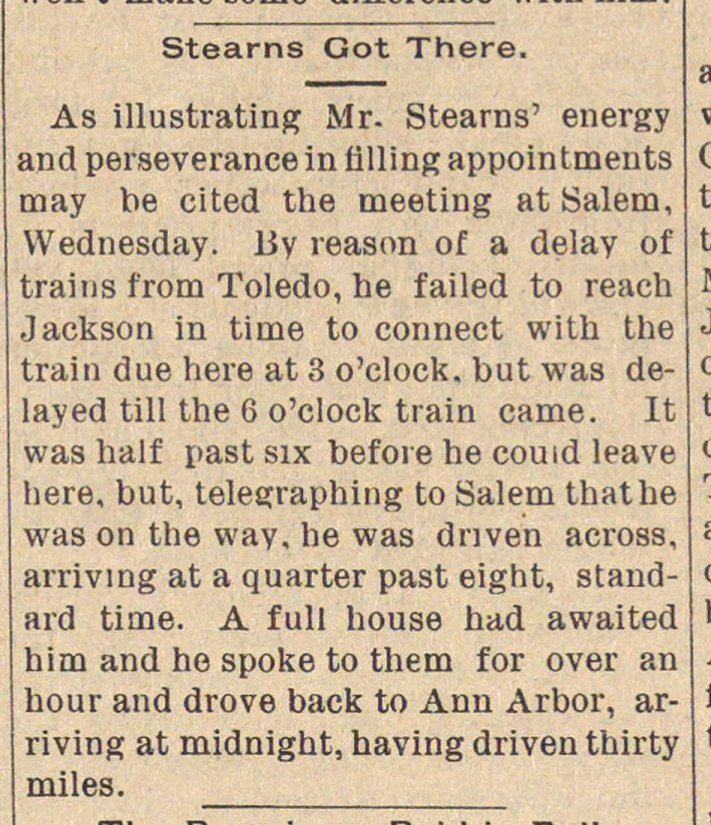 As illustrating Mr. Stearns' energy andperseveranceiníillingappointments may be cited the meeting at Salem, Wednesday. By reason of a delay of trains f'rom Toledo, be failed to reach Jackson in time to connect with the train due here at 3 o'clock. but was delayed till the 6 o'clock train carne. It was half past six befoie he couid leave here, but, telegraphing to Salem thathe was on the way, he was dnven across, arrivmg at a quarter past eight, standard time. A full house had awaited him and he spoke to them for over an hour and drove back to Ann Arbor, arriving at midnight, having driven thirty miles.