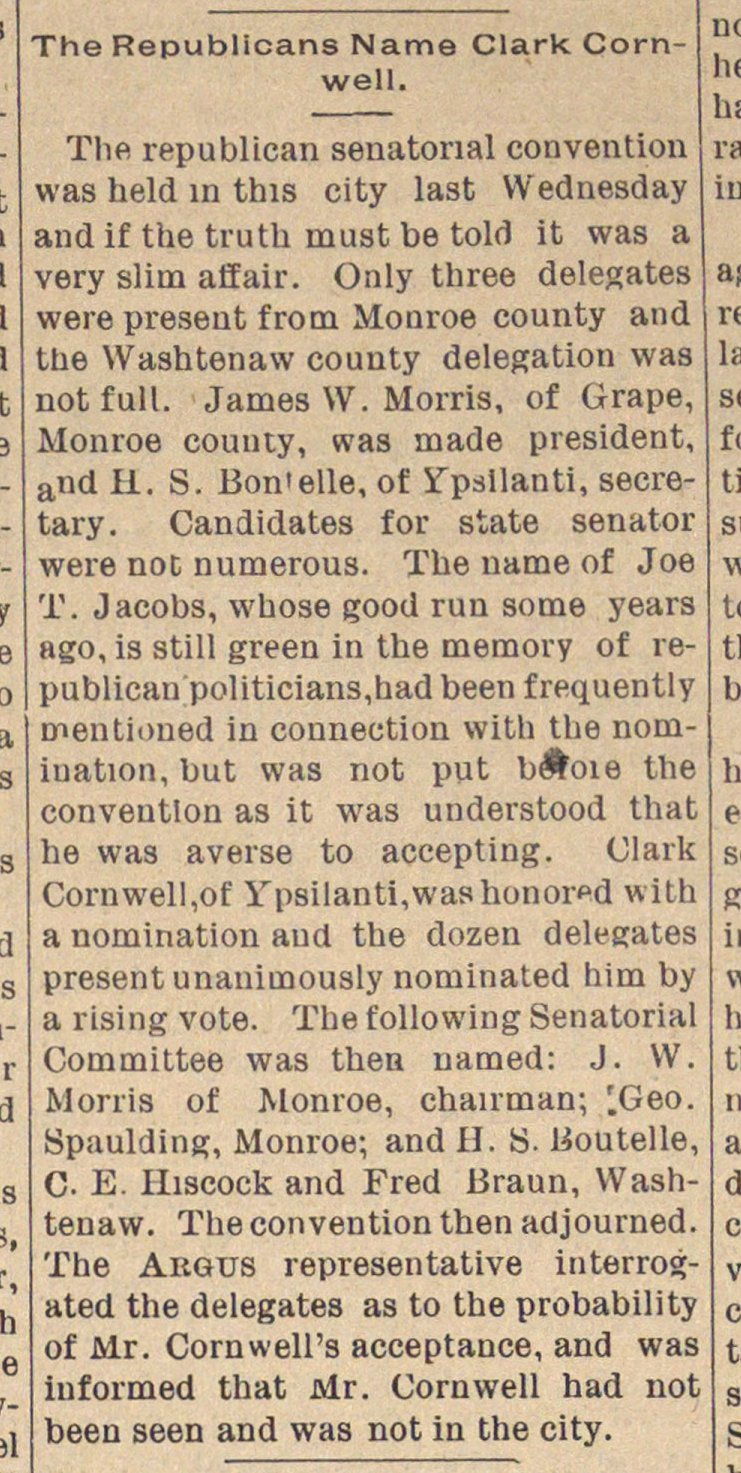 The republican senatorial convention i was held in this city last Wednesday i andif the truth must be told it was a very slim alïair. Only three delegates i were present from Moaroe county and the Washtenaw county delegation was not full. James W. Morris, of Grape, Monroe county, was made president, aiid II. S. Boni elle, of iTpsllanti, secretary. Candidatos for state senator were noc numerous. The name of Joe T. Jacobs, whose good run some years ago, is still green in the memory of republican politicians, had been frequently mentioued in connection witta the nomiuation, but was not put bHoie the convention as it was understood that he was averse to accepting. Clark Cornwell,of rpsilanti,washonorpd with a nomination aud the dozen delegates present unanimously nominated him by a rising vote. The following Senatorial Committee was then named: J. VV. Morris of Monroe, chairman; '.Geo. Spaulding, Monroe; and H. S. tëoutelle, C. E. Iliscock and Fred liraun, Wasliteuaw. The convention then adjourned. The Akgus representative interro?ated the delegates as to the probability of Mr. Cornwell's acceptance, and was informed that Mr. Cornwell had not been seen and was not in the city.