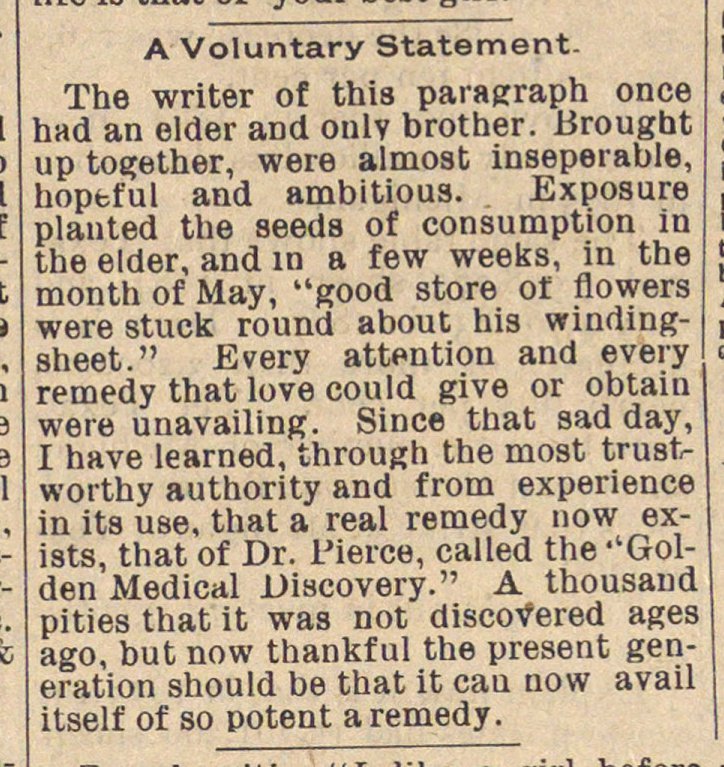 A Voluntary Statement. The writer of this paragraph once had an eider and onlv brother. Brought up together, were almost inseperabie, hopeful and ambitious. Expoaure planted the seeds of consumption in the eider, and in a few weeks, in the month of May, "good store of flowers were stuck round about his windingsheet." Every attention and every remedy that love could give or obtain were unavailing. Since that sad day, I have learned, through the most trustworthy authority and from experience in its use, that a real remedy now exists, that of Dr. Pierce, called the -'Golden Medical Discovery." A thousand pities that it was not disco-fered ages ago, but now thankf ui the present generation should be that it eau now avail itself of so potent a remedy.