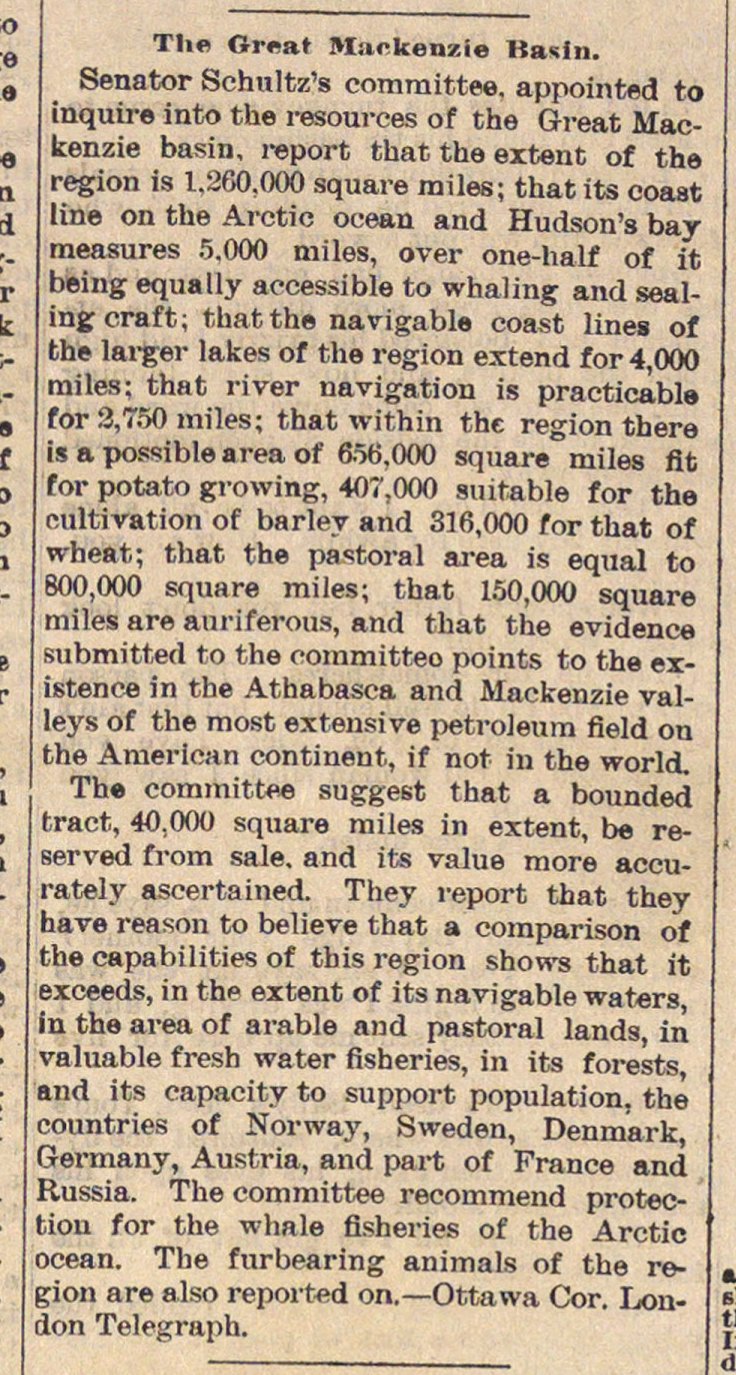 Senator Schultz's committee. appointed to nquire into the resources of the Great Mackenzie basin, report that the extent of th región is 1.260,000 square miles; that its coast line on the Arctic ocean and Hudson's bay raeasures 5.000 miles, over one-half of it being equally aceessible to whaling and sealinfccraft; that the navigable coast Unes of the larger lakes of the región extend for 4,000 miles; that river navigation is practicable for 3,750 miles; that within the región there sapossibleareaof 656,000 square miles fit for potato growing, 407,000 suitable for the eultivation of barley and 316,000 for that of wheat; that the pastoral área is eqtial to 800,000 square miles; that 150,000 square miles are auriferous, and that the evidence submitted to the committeo points to the existence in the Athabasca and Mackenzie valleys of the most extensive petroleum field on the Ameriean continent, if not in the world. The committra suggest that a bounded traet, 40,000 square miles in extent. be served from sale, and its value more accurately aseertained. They report that they have reason to believe that a comparison of the oapabilities of this región shows that it exceeds, in the extent of its navigable waters, in the area of arable and pastoral lands, in valuable fresh water fisheries, in its forests, and its eapacity to support population, the eountries of Norway, Sweden, Denmark, Germany, Austria, and part of France and Russia. The committee recommend protectiou for the whale fisheries of the Arctio ocean. The furbearing animáis of the gion are also reported