A Trick Of Gamblers 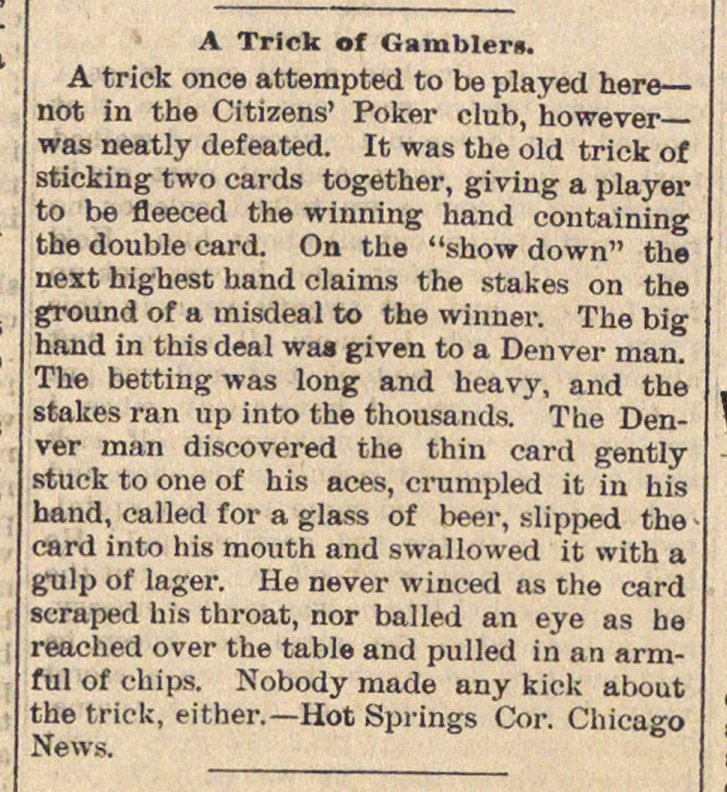 A trick once attempted to be played here not in the Citizens' Poker club, however was neatly defeated. It was the oíd trick of sticking two cards together, giviug a player to be fleeced the winning hand containing the doublé card. On the "show down" the next highest hand claims the stakes on the ground of a misdeal to the winner. The big hand in this deal wal given to a Denver man. The betting was long and heavy, and the stakes ran up into the thousauds. The Denver man discovered the thin card gently stuck to one of his aces, crumpled it in his hand, ealled for a glass of beer, süpped the ¦ card into his mouth and swallowed it with a gulp of lager. He never winced as the card scraped his throat, nor balled an eye as he reached over the table and pulled in an armful of chips. Nobody made any kick about the trick, either.