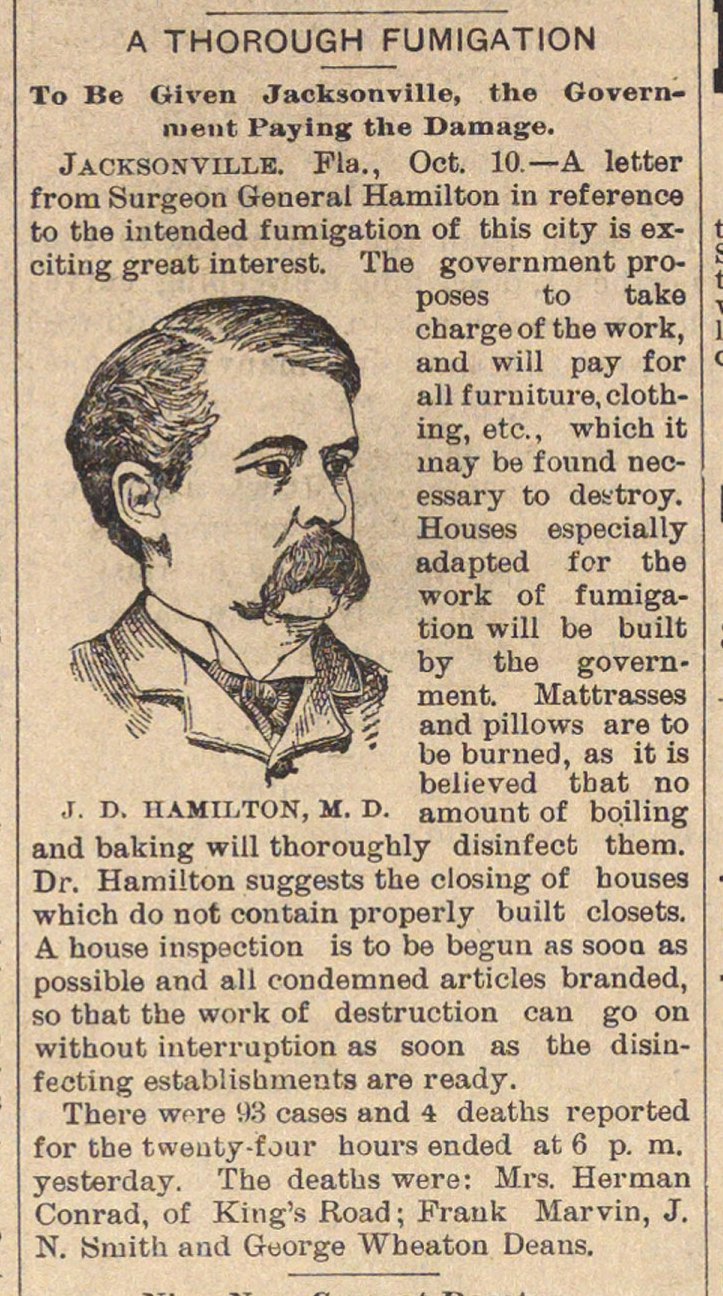 Jacksonvillb. Fia., Oct. 10. - A letter from Surgeon General Hamilton in reference to the intended fumigation oL this city is exciting great interest. The government poses to take charge of the work, and wül pay for all furuiture.clothing, etc, which it inay be found necessary to destroy. Houses especially adapted for the work of funiigation will be built by the government. Mattrasses and pillows are to be burned, as it is believed tbat no amount of boiling and baking will thoroughly disinfect thera. Dr. Hamüton suggests the closiug of bousea which do not contain properly built closets. A house inspection is to be begun as sooo as possible and all condemned articles brandad, so ttaat the work of destruction can go on without interruption as soon as the disiafecting establishments are ready. There wre 93 cases and 4 deaths reported for the tweuty-f our hours ended at 6 p. m. yesterday. The deaths were: Mrs. Herman Conrad, of King's Road ; Frauk Marvin, J. N. öniith and Goorge Wbeaton Deans.