A Waterloo For The Saints 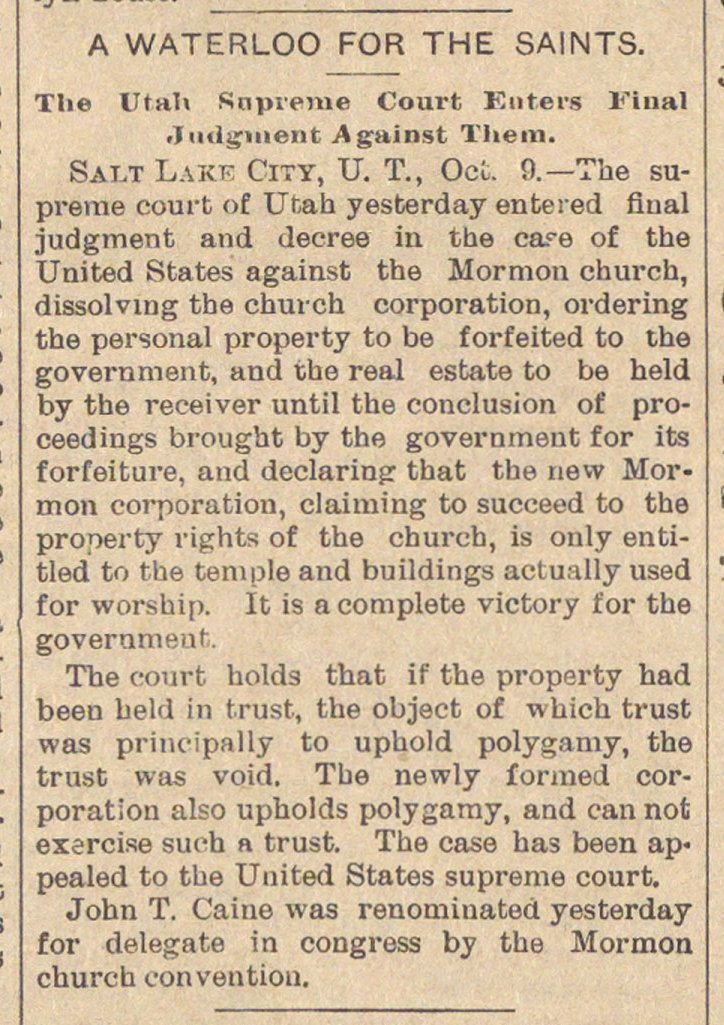 Sai.t Laxe City, U. T., Ocí. 0.- The suprerae court of Ufcab yesterday entered final judgment and deeree in tbe care of the United States against the Mormon church, dissolvmg the chureh Corporation, ordering the personal property to be forfeited to the government, and ihe real estáte to be held by the receiver until the conclusión of proceedings brought by the government for its forfeiture, and declarinp: that the nevv Mormon Corporation, claiming to succeed to the property rights of the church, is only entitled to the temple and buildings actually used for worship. ït is a complete victory for the governmenf. The court holds that if the property had been held in trust, the object of which trust was principally to uphold polygamy, the trust was void. Tbe newly formed corporation also upholds polygaray, and can not exercise suoh o trust. The case bas been appealed to the United States supreme court. John T. Caino was renominated yesterday for delégate in congress by the Mormon church convention.