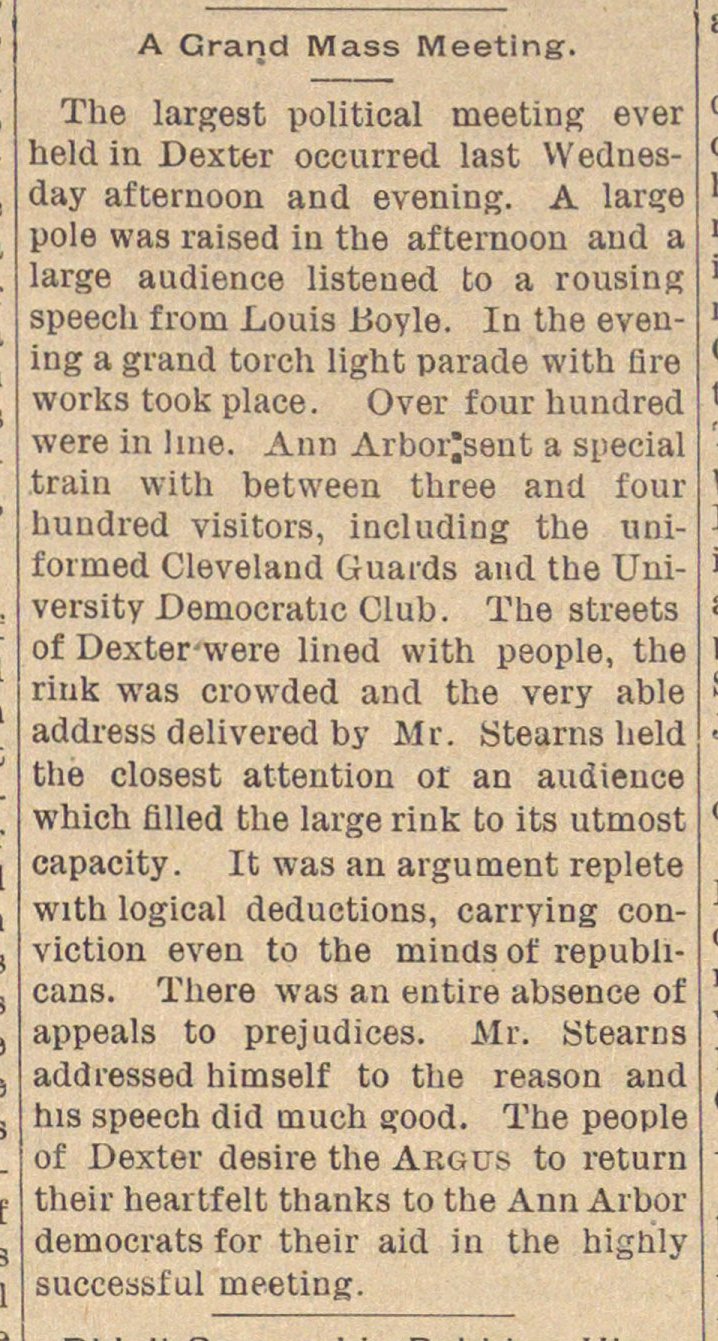 The largest political meeting ever ïeld in Dexter occurred last Wednesday afternoon and evening. A large )ole was raised in the afternoon and a arge audience listened to a rousing peech from Louis Boyle. In the evenng a grand torch light parade vvith lire vorks took place. Over four hundred vere in line. Ann Arborsent a special rain witli between three and four huudred visitors, including the uniormed Cleveland Guaids and the University Democratie Club. The streets of Dexter-were lined vvith people, the ink was crovvded and the very able addresss delivered by Mr. Stearns held he closest attention ot an audieuce which filled the large rink to its utmost capacity. It was an argument replete with logical deductions, carrying con'iction even to the minds of republicans. There was an entire absence of appeals to prejudices. Mr. Stearns addressed himself to the reason and his speech did much good. The people of Dexter desire the Argus to return their heartfelt thanks to the Ann Albor democrats for their aid in the highly successful meeting.