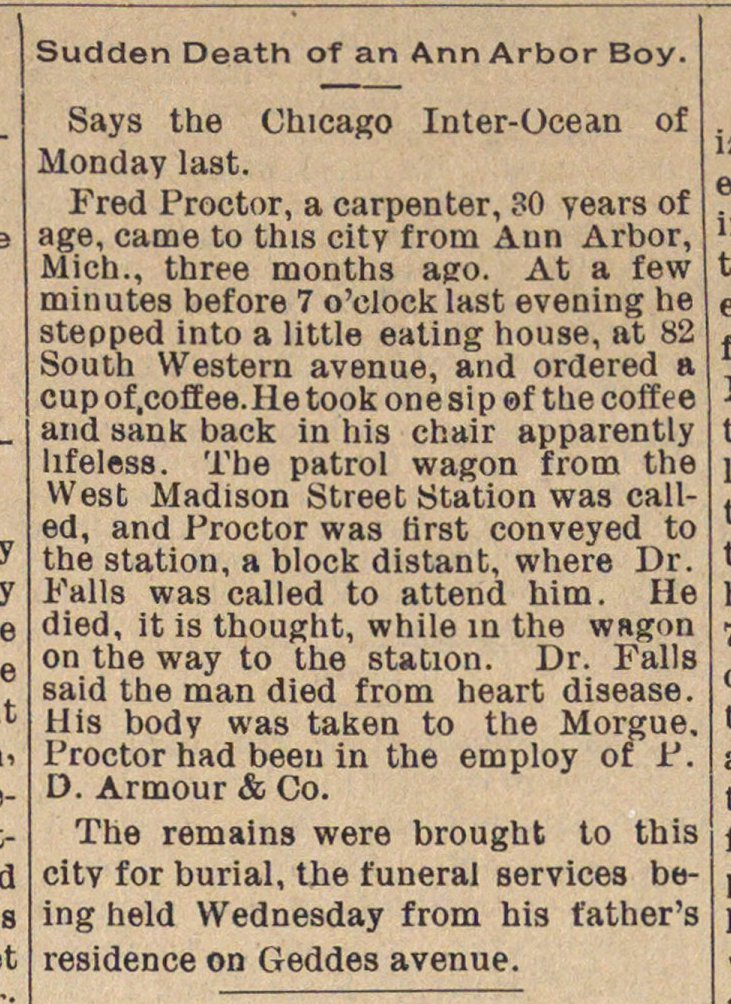 Says the Chicago Inter-ücean of Monday last. Fred Proctor, a carpenter, 30 years of age, carne to this city from Aun Arbor, Mich., three months ago. At a few minutes before 7 o'elocklast evening he stepped into a little eating house, at 82 South Western avenue, and ordered a cup of.coff ee. He took one si p Of the eoffee md sank back in his chair apparently ïfeless. Tbe patrol wagon from the West Madison Street Station was call1, and Proctor was örst conveyed to ie station, a block distant, where Dr. i'alls was called to attend him. He ied, it is thought, while in the wagon n the way to the station. Dr. Falla lid the man died from heart disease. lis body was taken to the Morgue. Jroctor had been in the employ of 1J. D. Armour & Co. The remains were brought to this ïty for burial, the funeral services béng held Wednesday from his father's esidence on Geddes avenue.