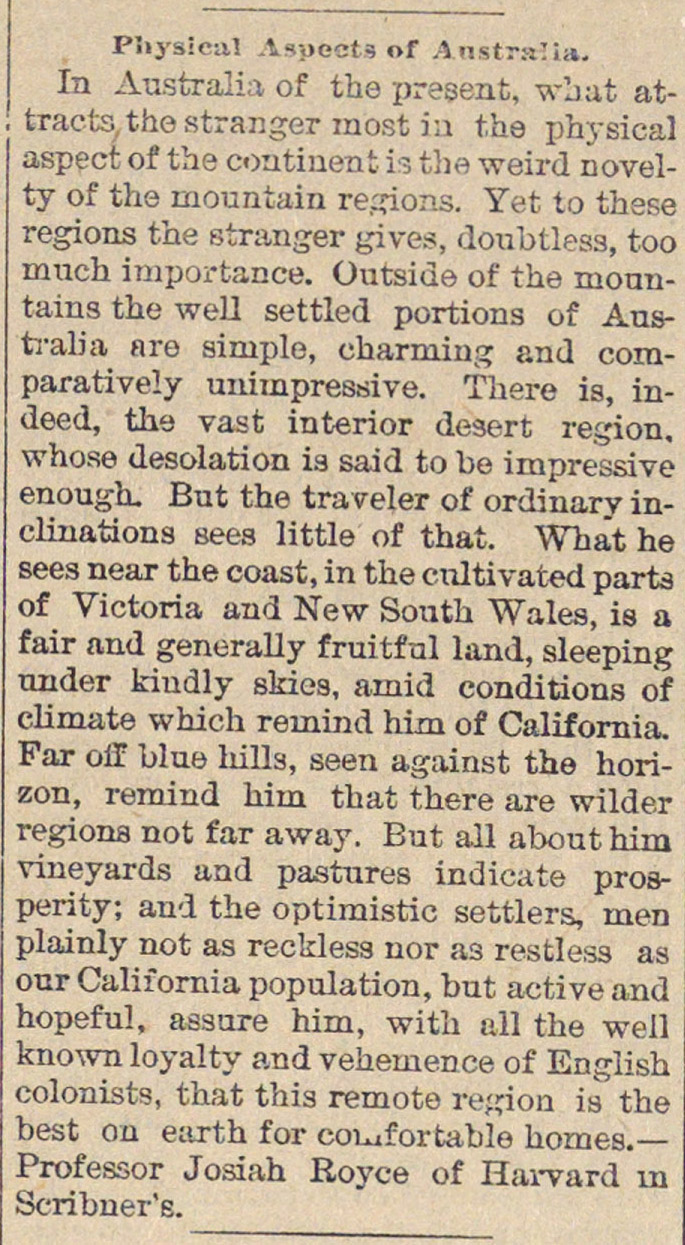 In Australia of the present, what air tracfcs the stranger most i;i the phvsical aspect of the continent i-3 the weird ovelty of the mountain regions. Yet to these regions the stranger gives, doubtless, too much importance. Üutside of the niountains the well settled portions of Australia nre simple, charming and comparatively unimpressive. There is, indeed, Ü19 vast interior desert región, whose desolation ia said to be impressive enough. But the traveler of ordinary incliuations sees little of that. What he sees near the coast, in the cnltivated parta of Victoria and New Sonth Wales, is a fair and generally fruitf nl land, sleeping under kiudly skies, ainid eonditions of climate which reinind him of California. Far off blue liills, seen against the horizon, remind hiin that there are wilder regions not far away. But all abouthim vineyards and pastures indicate prosperity; and the optimistic settlers, men plainly not as reckless nor as restless as our California population, but active and hopeful, assure him, with all the well kno-svn loyalty and vehenaence of Knglish colonists, that this remote región is the best on earth for confortable