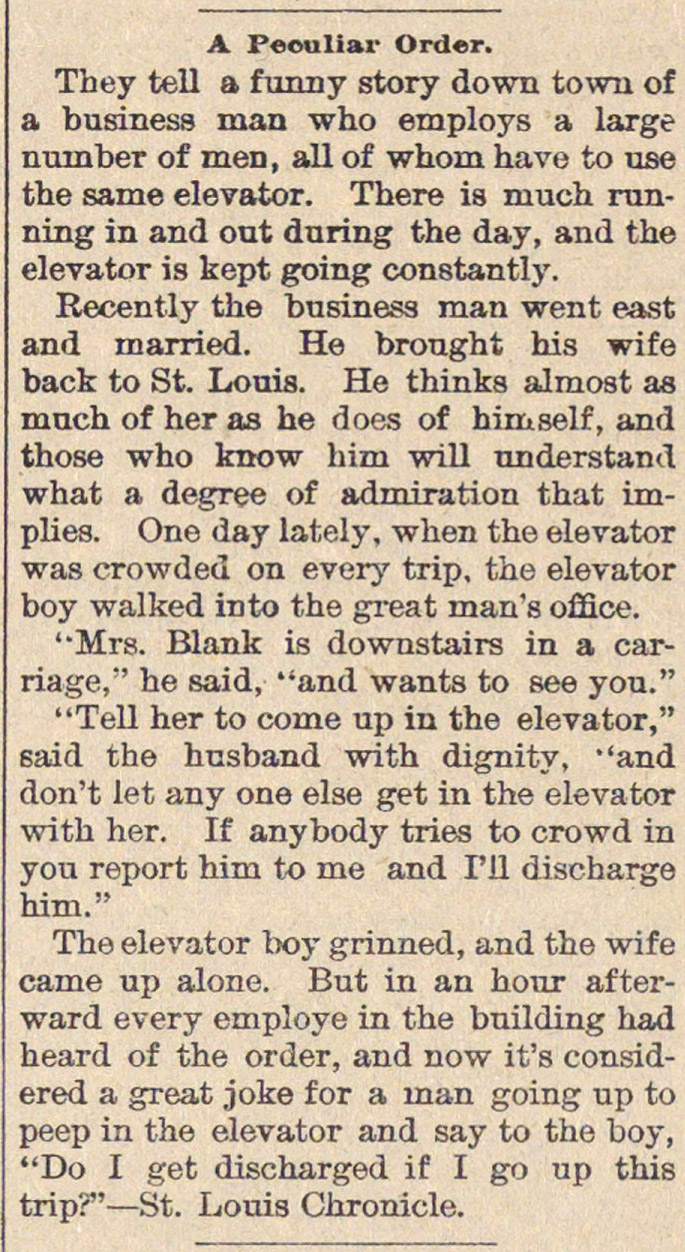 They teil a funay story down towu of a business man who employs a large nuinber of men, all of whom have to use the same elevator. There is much running in and out during the day, and the elevator is kept going constantly. Recently the business man went east and married. He bronght his wife back to St. Louis. He thinks almost as much of her as he does of himself , and those who know him will understand what a degree of admiration that implies. One day lately, when the elevator was crowded on every trip, the elevator boy walked into the great man's office. '■Mrs. Blank is downstairs in a carriage,"' he said, "and wants to see you." "Teil her to come up in the elevator," said the husband with dignity, "and don't let any one else get in the elevator with her. If any body tries to crowd in you report him to me and FJ1 discharge him." The elevator boy grinned, and the wife carne up alone. But in an hour afterward every employé in the building had heard of the order, and now it's considered a great joke for a man going up to peep in the elevator and say to the boy, "Do I eet discharered if I go up this trip?"