Corbin Ordered To The Front 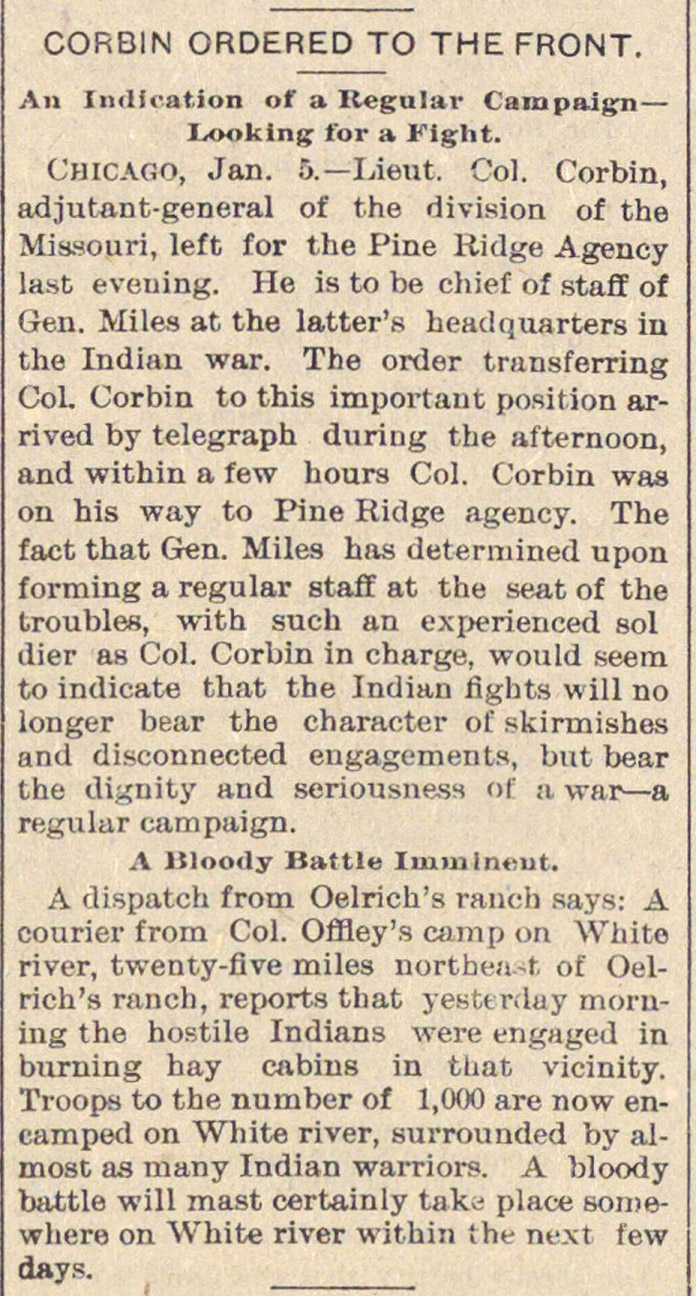 Chicago, Jan. 5.- Lieut. Col. Corbin, adjutnnt-general of the división of the Missouri, left for the Pine Ridge Agency last eveuing. He is to be chief of staff of Gen. Miles at the latter'n headquarters iu the Indian war. The order transferring CoL Corbin to this important position arrived by telegraph during the afternoon, and within a few hours Col. Corbin was on his way to Pine Ridge agency. The fact that Cíen. Miles has determined upon forming a regular stafE at the seat of the troubles, with such an experienced sol tlier as Col. Corbin in charge, would seern to indícate that the Indian flghts will no longer bear the character of skirmishes and diseonnected engagements, but bear the dignity and seriousness of i war - a regular oampaign. A IHoody Rattle Imminent. A dispatch from Oelrich's ranch says: A couriev from Col. Offley's camp on Vhito river, twenty-five miles northeast of Oelrich's ranch, reporta that yesterday moruing the hostile Indiana were engaged in burning hay cabina in that vicinity. Troops to the number of 1,000 are now encamped on Wliite river, surrounded by almost as many Indian warriors. A bloody battle will mast certainly tak.? place somewhere on White river within i he next few days. _______