The Operator Was Drunk 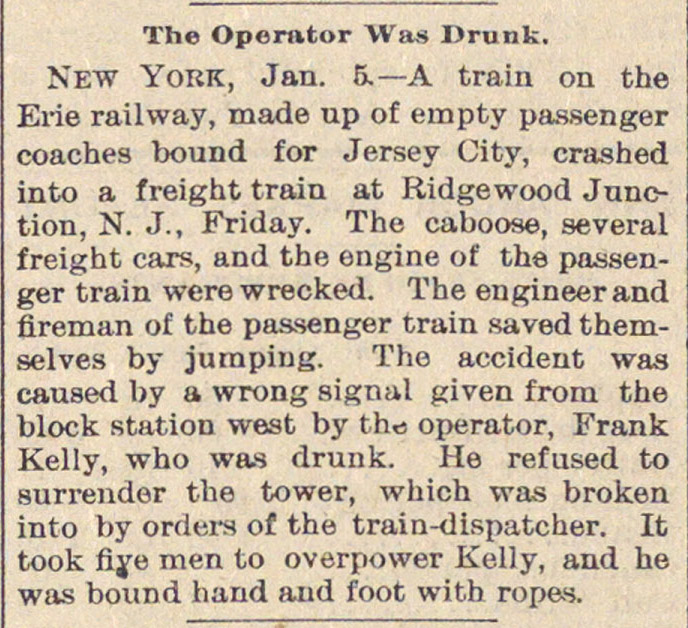 New York, Jan. 5. - A train on the Erie railway, made up of empty passenger coaches bound for Jersey City, crashed into a freight train at Ridgewood Junction, N. J., Friday. The caboose, several freight cars, and the engine of the passenger train were wrecked. The engineerand fireman of the passenger train sa ved themselves by jumping. The accident was cauaed by a wrong signal given from the block station west by the operator, Frank Kelly, who was drunk. He refused to surrender the tower, which was broken into by orders of the train-dispatcher. It took fiye men to overpower Kelly, and he was bound hand and foot with ropes.