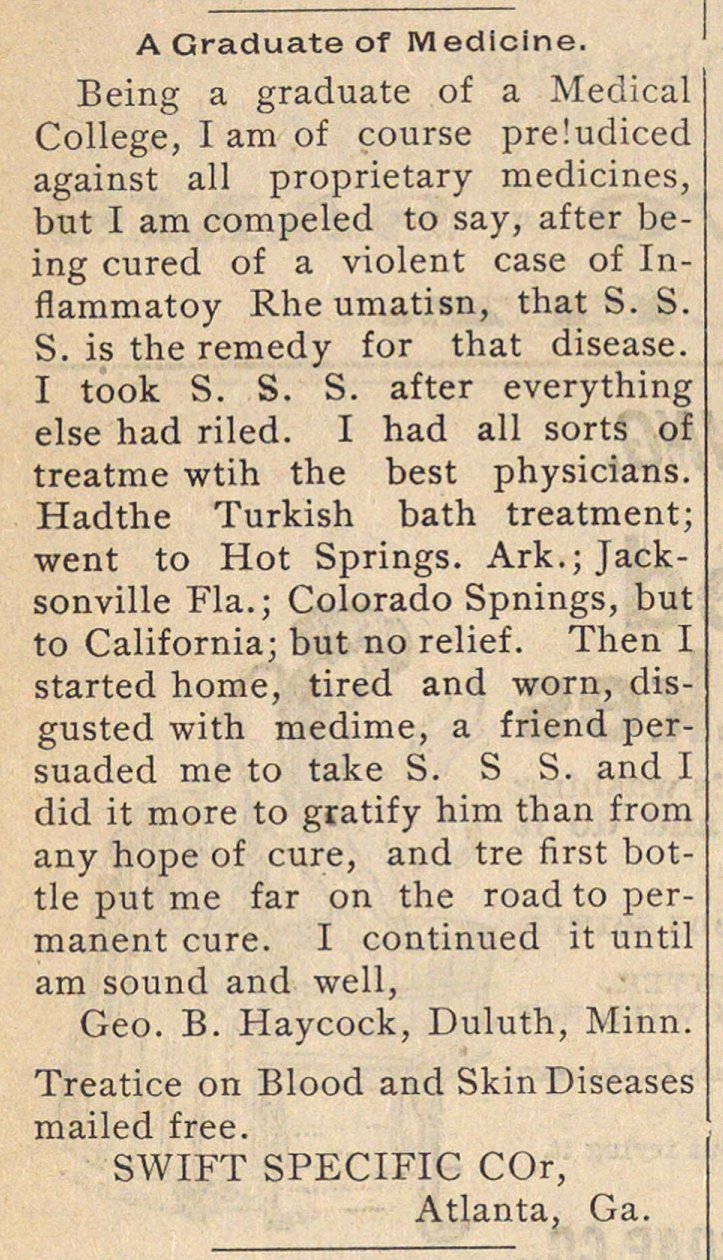 A Gradúate of Medicine. Being a gradúate of a Medical College, I am of course pre!udiced against all proprietary medicines, but I am compeled to say, after being cured of a violent case of Inflammatoy Rheumatisn, that S. S. S. is the remedy for that disease. I took S. S. S. after everything else had riled. I had all sorts of treatme wtih the best physicians. Hadthe Turkish bath treatment; went to Hot Springs. Ark.; Jack - sonville Fia.; Colorado Spnings, but to California; but no relief. Then I started home, tired and worn, disgusted with medime, a friend persuaded me to take S. SS. and I did it more to gratify him than from any hope of cure, and tre first bottle put me far on the road to permanent cure. I continued it until am sound and well, Geo. B. Haycock, Duluth, Minn. Treatice on Blood and SkinDiseases mailed f ree. SWIFT SPECIFIC COr, Atlanta, Ga.