Good Work Of The Alliance 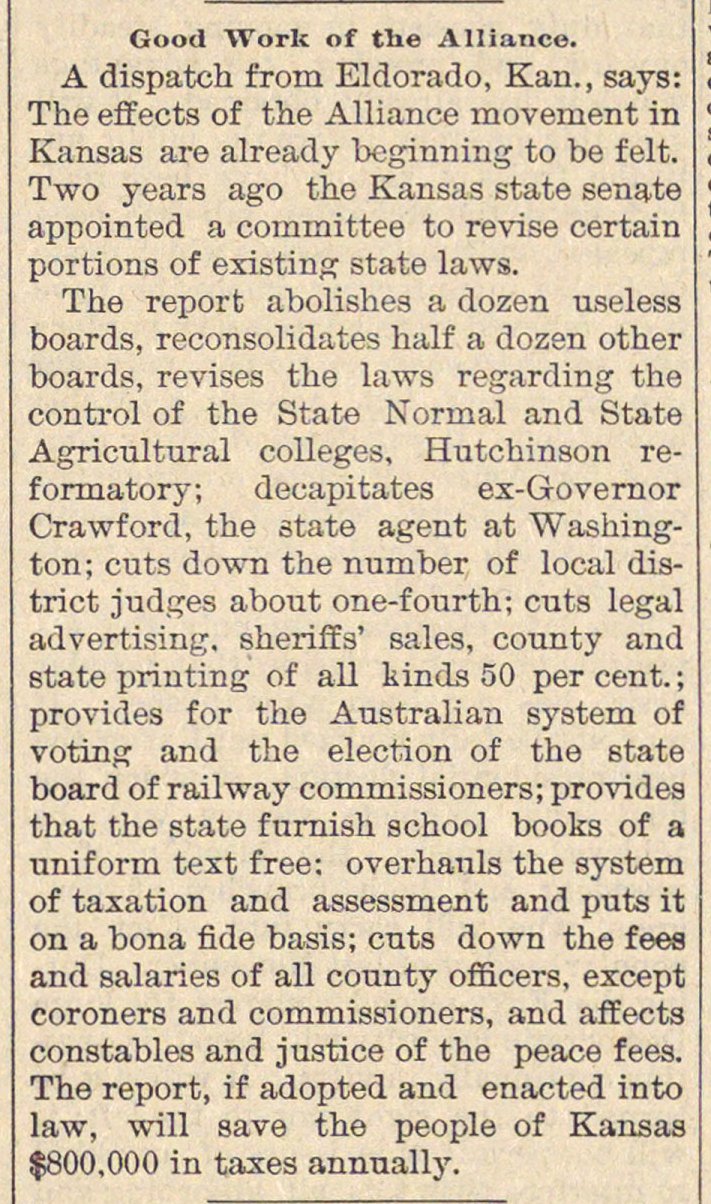 A dispatch from Eldorado, Kan., says: The effects of the Alliance movement in Kansas are already bcginning to be felt. Two years ago the Kansas state senate appointed a cominittee to revise certain portions of existing state laws. The report abolishes a dozen useless boards, reconsolidates half a dozen other boards, revises the laws regarding the control of the StatO Normal and State Agricultural colleges, Hutchinson reformatory; decapitates ex-Governor Crawford, the state agent at Washington; cuts down the number of local district judges about one-fourth; cuts legal advertising. sheriffa' sales, county and state printing of all kinds 50 percent.; provides for the Anstralian system of voting and the election of the state board of railway commissioners; provides that the state furnish school books of a uniform text f ree: overhanls the system of taxation and assessment and puts it on a bona fide basis; cuts down the fees and salaries of all county officers, except coroners and commissioners, and affects constables and justice of the peace fees. The report, if adopted and enacted into law, will save the people of Kansas $800,000 in taxes annnally.