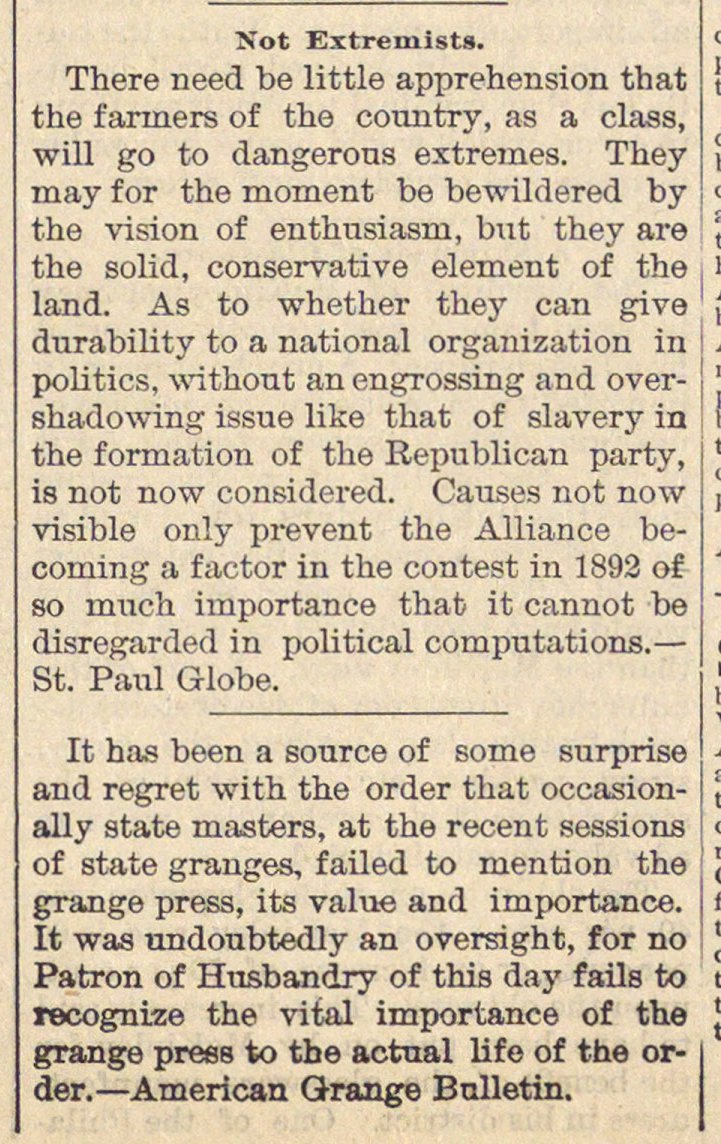 There need be little apprehension that the farmers of the country, as a class, will go to dangerous extremes. They may for the moment be bewildered by the visión of enthusiasni, but they are the solid, conservative element of the land. As to whether they can give durability to a national organization in politics, without an engrossing and overshadowing issue like that of slavery in the formation of the Republican party, is not now considered. Causes not now visible only prevent the Alliance becoming a factor in the contest in 1892 of so much importance that it cannot be disregarded in political computations. - St. Paul Globe. It has been a source of some surprise and regret with the order that occasionally state masters, at the recent sessions of state granges, failed to niention the grange press, its value and importance. It was undoubtedly an oversight, for no Patrón of Husbandry of this day fails to recognize the vital importance of the grange press to the actual Ufe of the