No Need Of Being Old Before Seventy 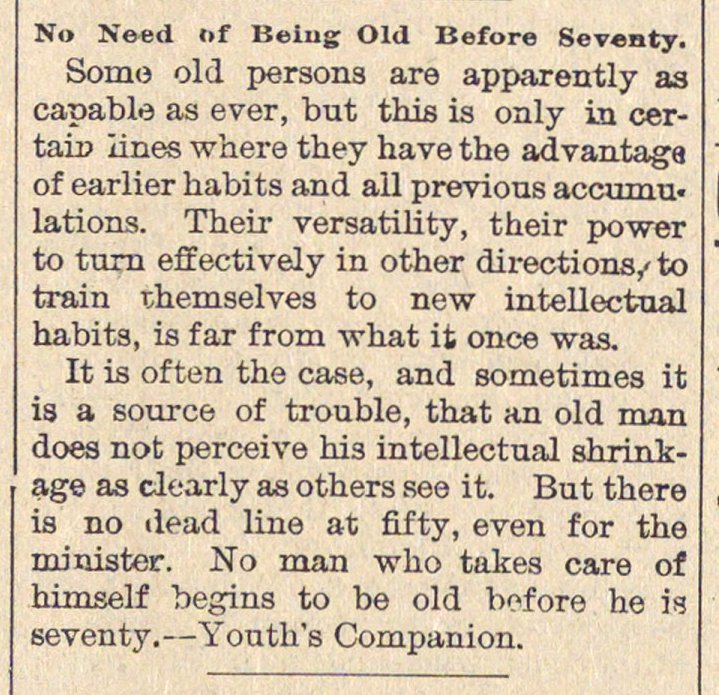 bomo olu persons are apparently as capable as ever, but this is only in certaiü iines where they have the advantaga of earlier habits and all previeras aecumu. lations. Their versatiüty, their power to turn effectively in other directions to train themselves to new intellectoal habits, is far from what it once was. It is of ten the case, and sometimes it is a source of trouble, that an old man does not perceive his intellectual shrinkage as clearly as others see it. But there is no clead line at fifty, even for the minister. No man who takes care of himself begins to be old bofore he is