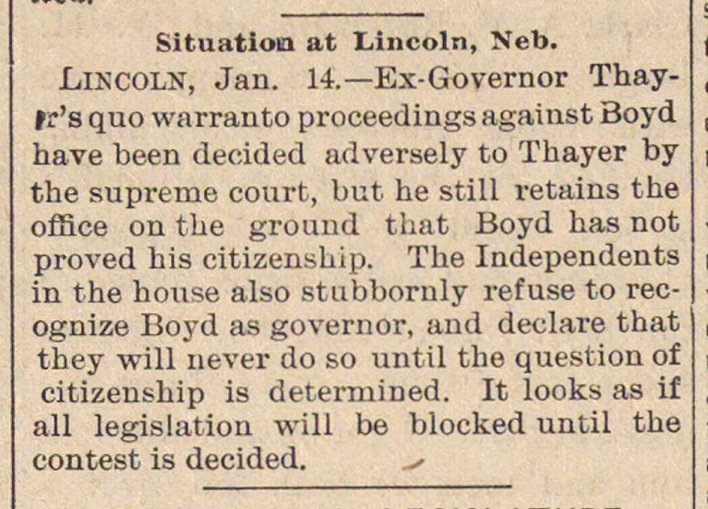 Likcoln, Jan. 14.- Ex-Governor ThayIc's quo warranto proceedingsagainst Boyd have been decided adversely to Thayer by the supreme court, but he still retains the office on the groiuid that Boyd has not proved his citizenship. The Independents in the house also stubbornly refuse to recognize Boyd as governor, and declare that they will never do so until the question of citizenship is determined. It looks as if all legislation will be blocked until the contest is decided.