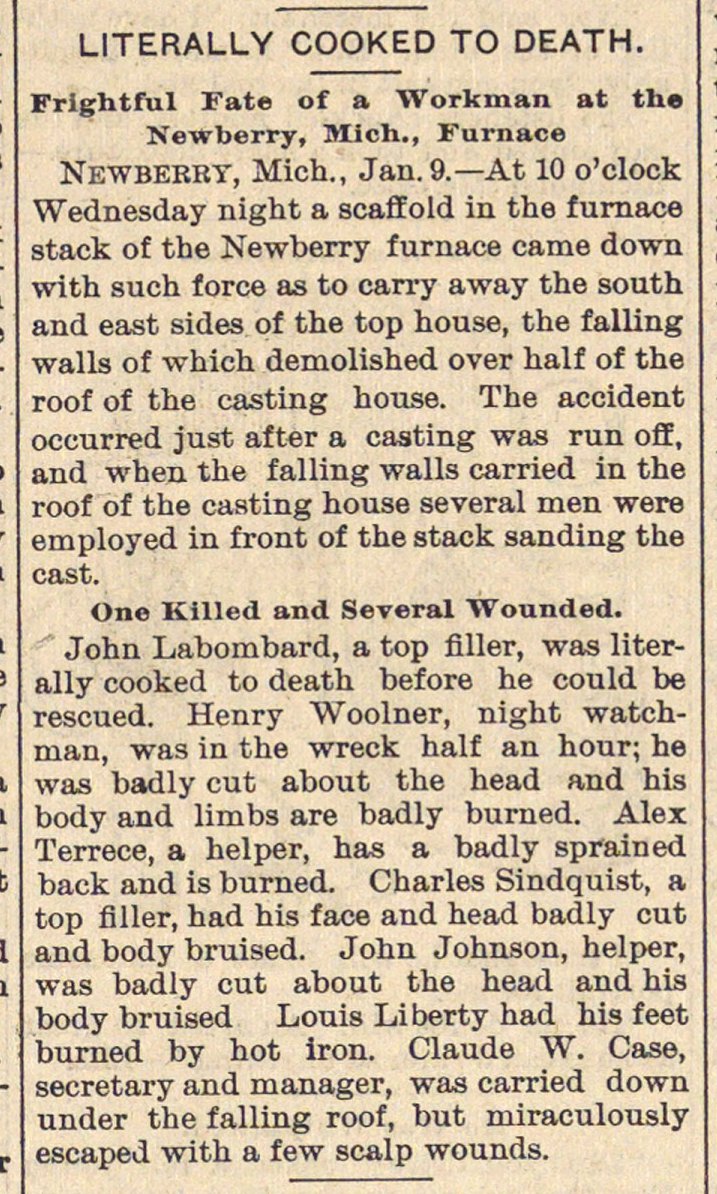 Newberry, Mich., Jan. 9. - At 10 o'clock Wednesday night a scaffold in the furnace stack of the Newberry íurnace carne down with such force as to carry away the south and east sides of the top house, the falling walls of which demolished over half of the roof of the casting house. The accident occurred just after a casting was run off, and when the falling walls carried in the roof of the casting house several men were employed in front of the stack sanding the cast. One Killed and Several Wounded. John Labombard, a top filler, was literally cooked to death before he could be rescued. Henry Woolner, night watchman, was in the wreek half an hour; he was badly cut about the head and his body and limbs are badly burned. Alex Terrece, a helper, has a badly sprained back and is burned. Charles Sindquist, a top filler, had his face and head badly cut and body bruised. John Johnson, helper was badly cut about the head and his body bruised Louis Li berty had his feei burned by hot iron. Claude W. Case secretary and manager, was carried down under the falling roof, but miraculously escaped with a few scalp wounds.