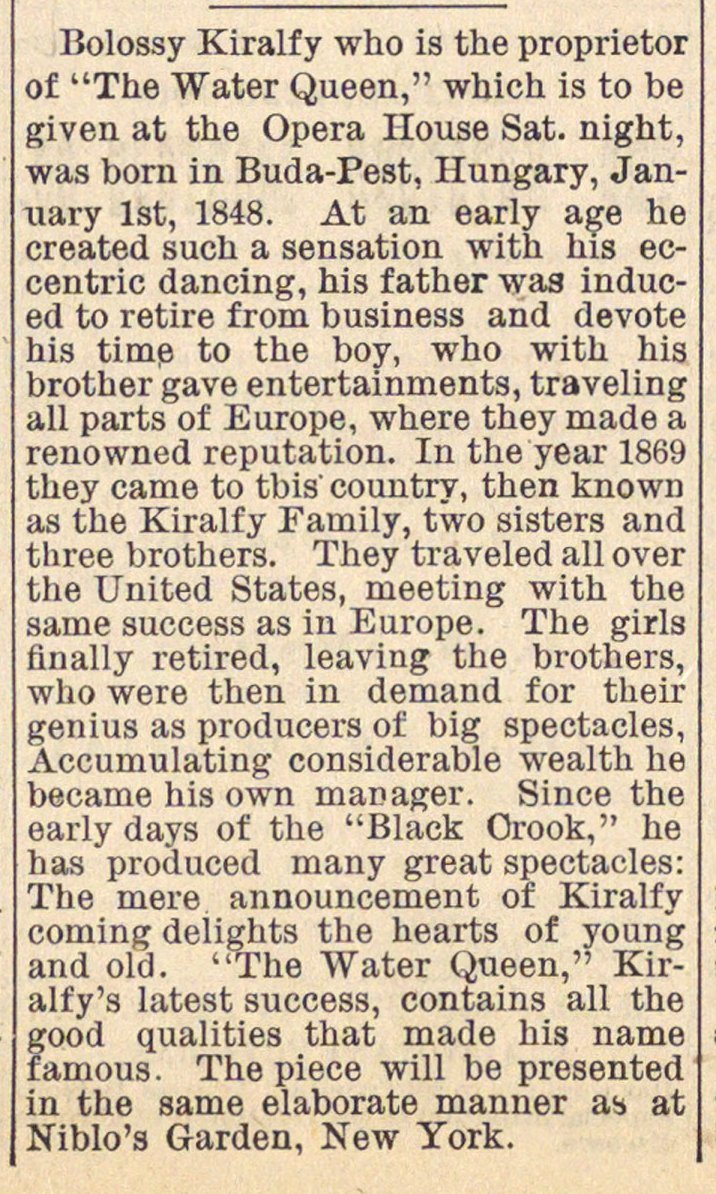 Bolossy Kiralf y who is the proprietor of "The Water Queen," which is to be given at the Opera House Sat. night, was boni in Buda-Pest, Hungary, January lst, 1848. At an early age he created such a sensation with his eccentric dancing, his father was induced to retire frorn business and devote his time to the boy, who with his brother gave entertainments, traveling all parts of Europe, where they made a renowned reputation. In the year 1869 they carne to tbis' country, then known as the Kiralfy Family, two sisters and three brothers. They traveled all over the United States, meeting with the same success as in Europe. The girls finally retired, leaving the brothers, who were then in demand for their genius as producers of big spectacles, Accumulating considerable wealth he became his own manager. Since the early days of the "Black Orook," he has produced many great spectacles: The mere announcement of Kiralfy coming delights the hearts of young and old. "The Water Queen," Kiralfy's latest success, contains all the good qualities that made his name famous. The piece will be presented in the same elabórate manner as at Niblo's Garden, New York.