Left Out The Feet 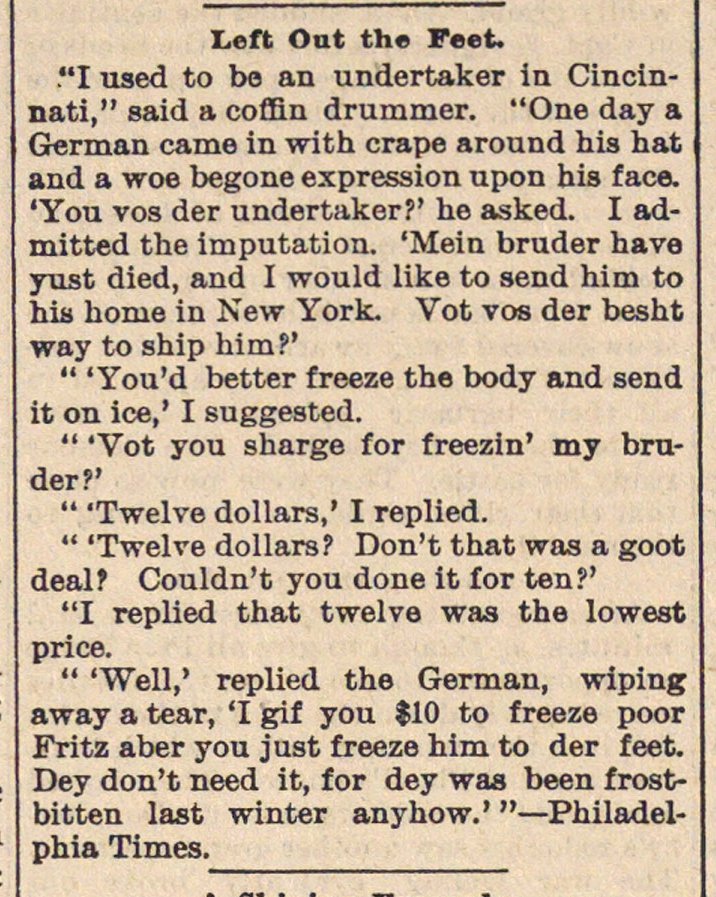 "I used to be an undertaker in Cincinnati," said a coffin drummer. "One day a Germán carne in with crape around his hat and a woe begone expression upon his face. 'You vos der undertaker?' he asked. I admitted the imputation. 'Mein bruder have yust died, and I would like to send him to his home in New York. Vot vos der besht way toship him?' " 'You'd better freeze the body and send it on ice,' I suggested. " 'Vot you sharge for freezin' my bruder?' " 'Twelve dollars,' I replied. " 'Twelve dollars? Don't that was a goot deal? Couldn't you done it íor ten?' "I replied that twelve was the lowesi price. " 'Well,' replied the Germán, wiping away a tear, 'I gif you $10 to freeze poor Fritz aber you just freeze him to der f eet Dey don't need it, for dey was been