A Monster Relic Of The Chicago Fire 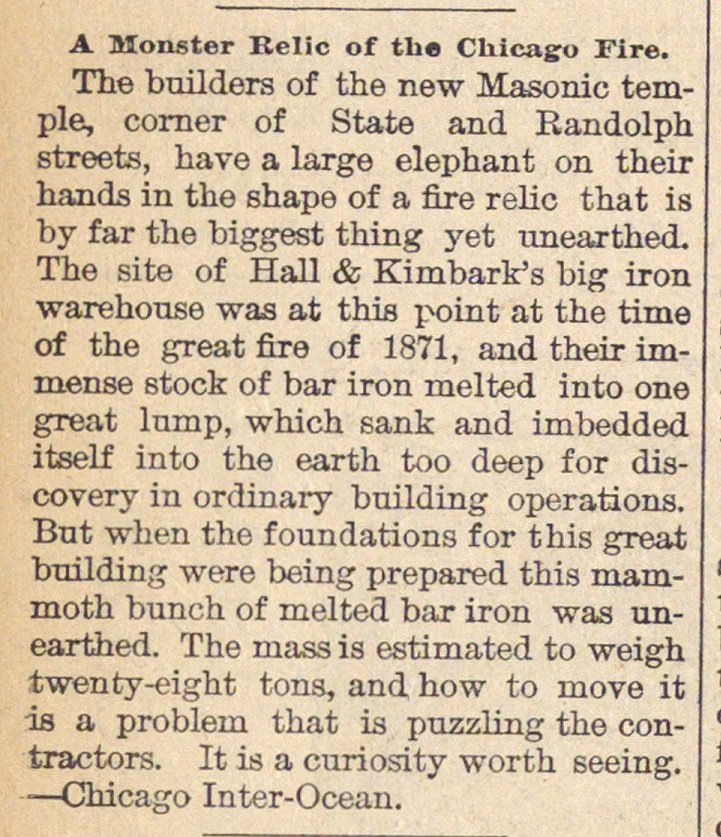 The builders of the new Masonic temple, comer of State and Randolph streets, have a large elephant on their hands in the shape of a fire relie that is by far the biggest thing yet unearthed. The site of Hall & Kimbark's big iron warehouse was at this point at the time of the great fire of 1871, and their immense stock of bar iron melted into one great lamp, which sank and imbedded itself into the earth too deep for discovery in ordinary building operations. But when the foundations for this great building were being prepared this mammoth bunch of melted bar iron was unearthed. The niassis estimated to weigh twenty-eight tons, and how to move it is a problein that is puzzling the contractors. It is a curiosity worth seeing.