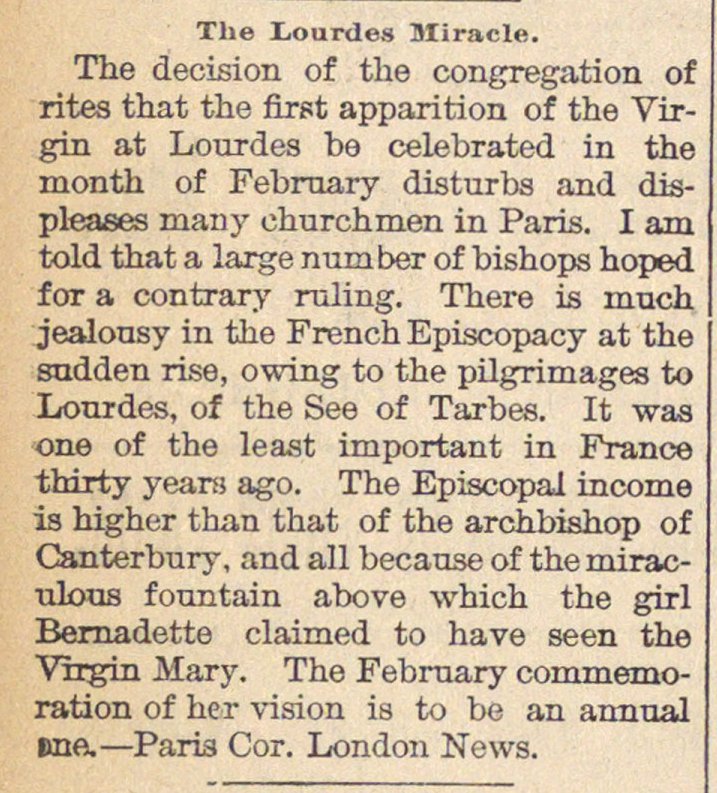 The decisión of the congregation of rites that the flrst apparition of the Virgin at Lourdes be celebrated in the month of Febrnary disturba and displeaees man y ehurchmen in Paris. I am told that a large number of bishops hoped f or a contrary ruling. There is much jealonsy in the French Episcopacy at the sndden rise, owing to the pilgrimages to Lourdes, of the See of Tarbea. It waa one of the least important in France thirty yeara ago. The Episcopal income is higher than that of the archbishop of Canterbury, and all because of the miraculous fountain above which the girl Bernadette claimed to have seen the Virgin Mary. The February commemoration of her visión is to be an annual tute.