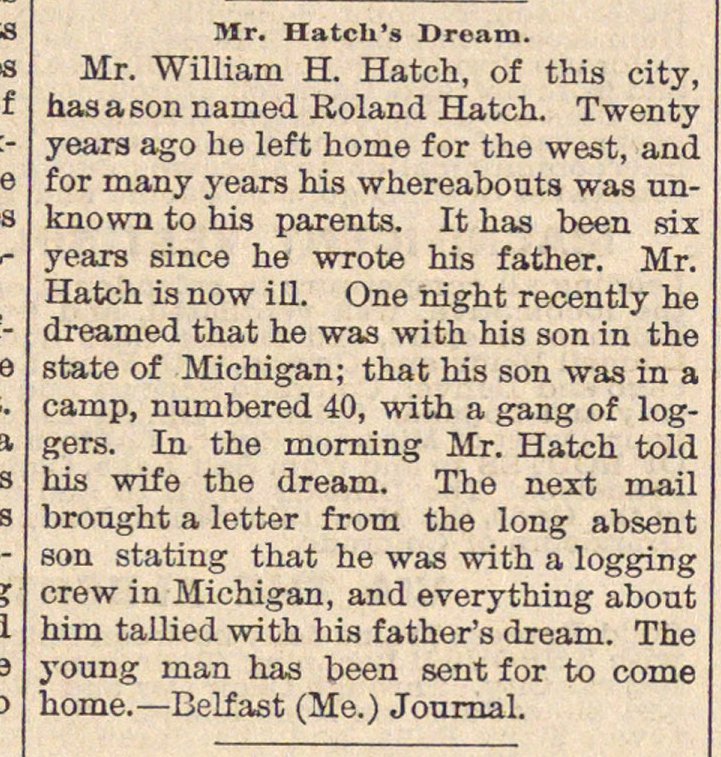 Mr. William H. Hatch, of this city, has a son named Roland Hatch. Twenty yeara ago he left home for the west, and for many years his whereaboats was unknown to his parents. It has been six years since he wrote his father. Mr. Hatch is now iil. One night recently he dreamed that he was with his son in the state of Michigan; that his son was in a camp, numbered 40, with a gang of loggers. In the morning Mr. Hatch told his wife the dream. The next mail brought a letter from the long absent son stating that he was with a logging crew in Michigan, and everything about him tailied with his father's dream. The young man has been sent for to come home. -