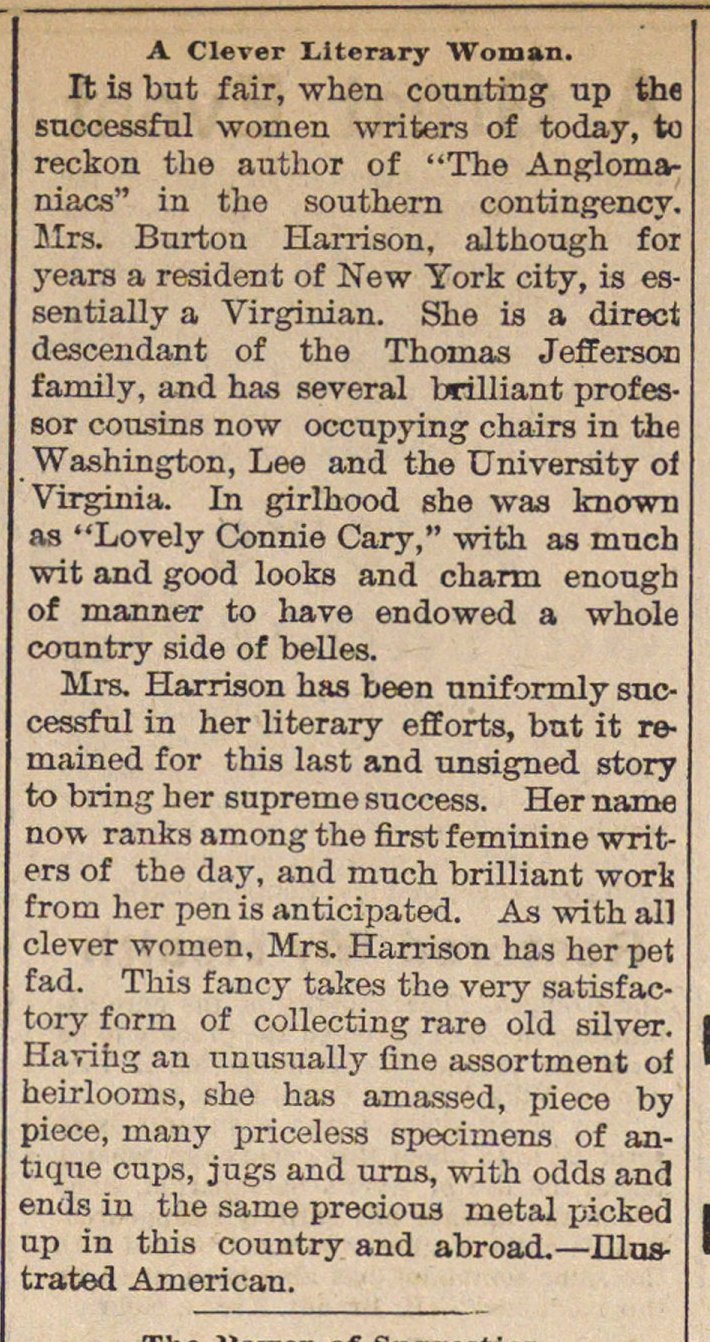 ít is but fair, when countmg up the successful women writers of today, to reckon tlie anthor of "The Anglomaniacs" in tlie soutliern contingency. Mrs. Burton Harrison, although fot years a resident of New York city, is essentially a Virginian. She is a direct descendant of the Thomas Jeffersou family, and has several brilliant professor consins now occupying chairs in the Washington, Lee and the University oi Virginia. In girlhood she was known as "Lovely Connie Cary," with as mnch wit and good looks and charm enough of manner to have endowed a whole country side of belles. Mrs. Harrison has been unif onnly snccessful in her literary eflorts, bnt it remained for this last and unsigned story to bring her 6upreme success. Her name now ranks among the first f eminine writers of the day, and much brilliant work from her pen is anticipated. As with al] clever women, Mrs. Harrison has her pet fad. This fancy talces the very satisfactory form of collecting rare old silver. Ha-ring an nnusually fine assortment oi heirlooms, she has amassed, piece by piece, many priceless specimens of anhque cups, jugs and urns, with odds and ends in the same precious metal picked