More Protection For The Oyster 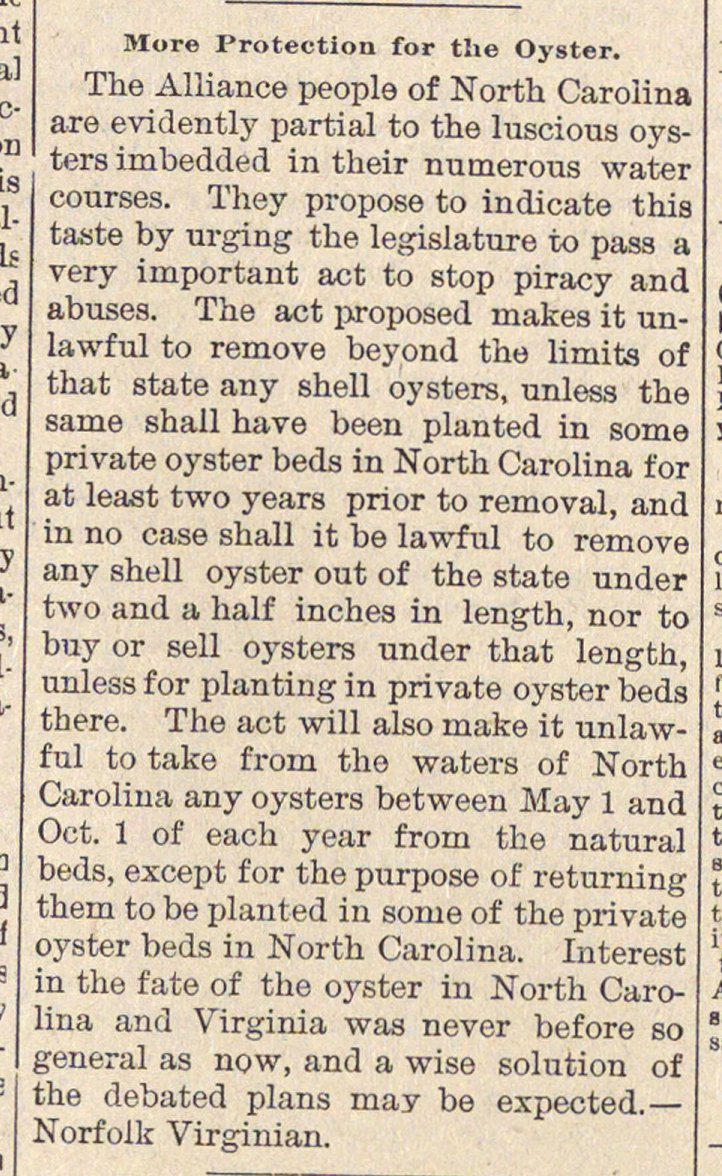 The Alliance people of North Carolina are evidently partial to the luscious oysters imbedded in their numerous water courses. Tliey propose to indicate this taste by urging the legislature to pass a very important act to stop piracy and abuses. The act proposed makes it unlawful to remove beyond the limita of that state any shell oysters, unless the same shall have been planted in some private oyster beds in North Carolina for at least two years prior to removal, and in no case shall it be lawfnl to remove any shell oyster out of the state under two and a half inches in length, nor to buy or sell oysters under that length, unless tor planting in private oyster beds there. The act will also inake it unlawful to take from the waters of North Carolina any oysters between May 1 and Oct. 1 of each year from the natural beds, except for the purpose of returning thein to be planted in sonie of the private oyster beds in North Carolina. Interest in the fate of the oyster in North Carolina and Virginia was never before so general as now, and a wise solution of the debated plans may be exnected