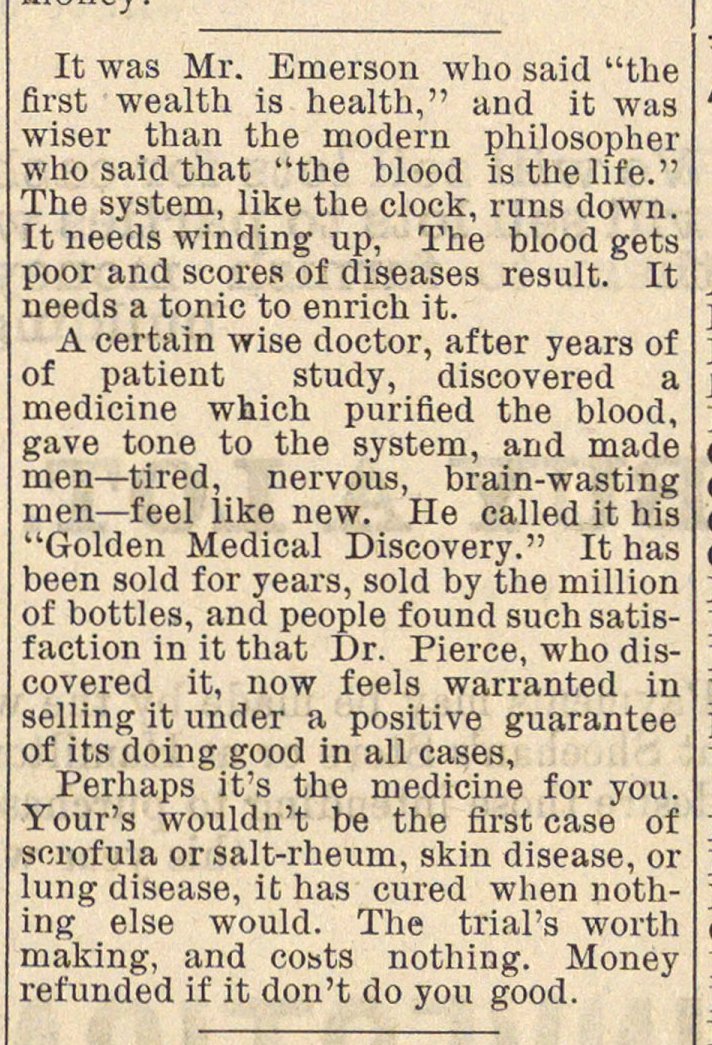 It was Mr. Emerson who said "the first wealth is health," and it was vviser than the modern philosopher who said that "the blood isthelife." The system, like the clock, runs down. It needs winding up, The blood gets poor and scores of diseases result. It needs a tonie to enrich it. A certain wise doctor, af ter years of of patiënt study, discovered a medicine which purified the blood, gave tone to the system, and made men - tired, nervous, brain-wasting men - feel like new. He ealled it his "Golden Medical Discovery." It has been sold for years, sold by the million of bottles, and people found suchsatisfaction in it that Dr. Pierce, who discovered it, now feels warranted in selling it under a positive guarantee of its doing good in all cases, Perhaps it's the medicine for you. Your's wouldn't be the first case of scrofula orsalt-rheum, skin disease, or lung disease, it has cured when nothing else would. The trial's worth making, and cots nothing. Money refunded if it don't do you good.