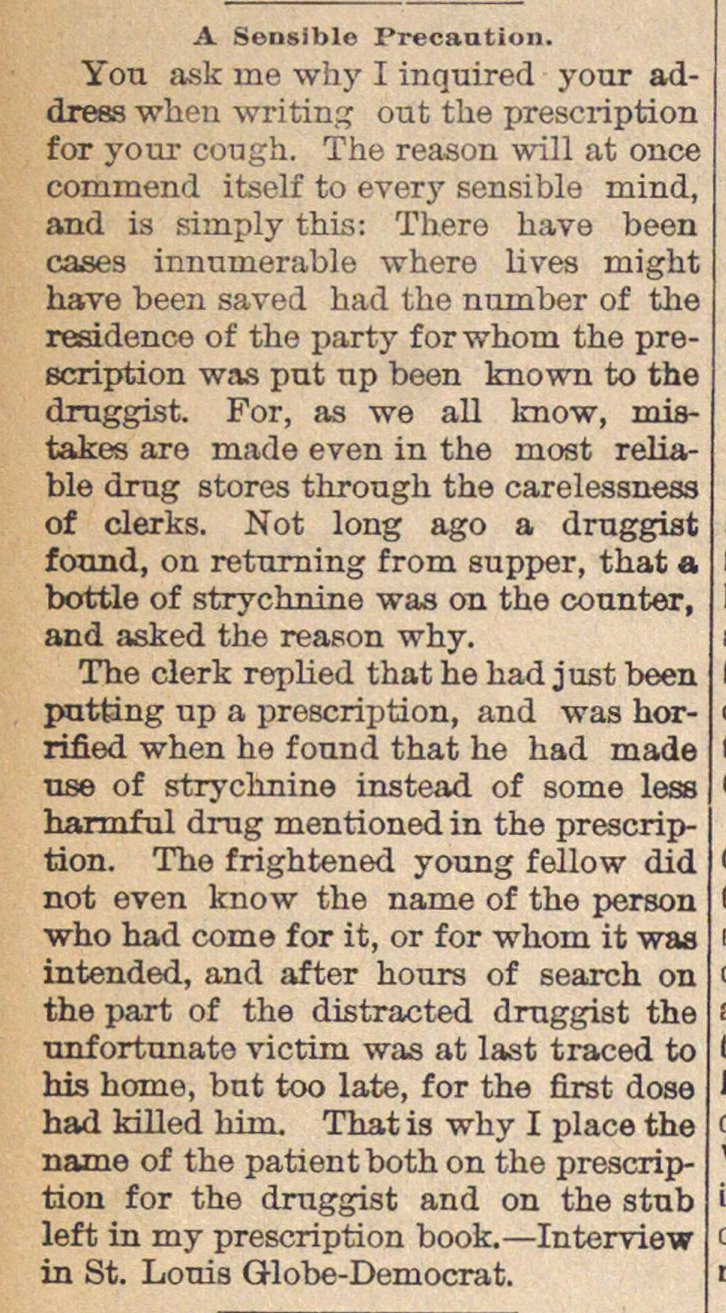 Yon ask me why I inquired your address when writing out the prescription for your congh. The reason will at once commend itself to every sensible mind, and is sirnply this: There have been cases innumerable where lives might have been saved had the noinber of the residence of the party forwhom the preBcription was put up been known to the druggist. For, as we all know, mistakes are made even in the most reliable drug stores through the carelessness of clerks. Not long ago a druggist fozmd, on returning from supper, that a bottle of strychnine was on the counter, and asked the reason why. The clerk replied that he had just been putting up a prescription, and was horrified when he found that he had made use of strychnine instead of some less harmful drug mentioned in the prescription. The frightened young fellow did not even know the name of the person who had come for it, or for whom it was intended, and after hours of search on the part of the distracted druggist the unfortunate victim was at last traced to his home, bnt too late, for the first dose had killed Trim. That is why I place the name of the patiënt both on the prescription for the druggist and on the stub