A Bit Of Gossip 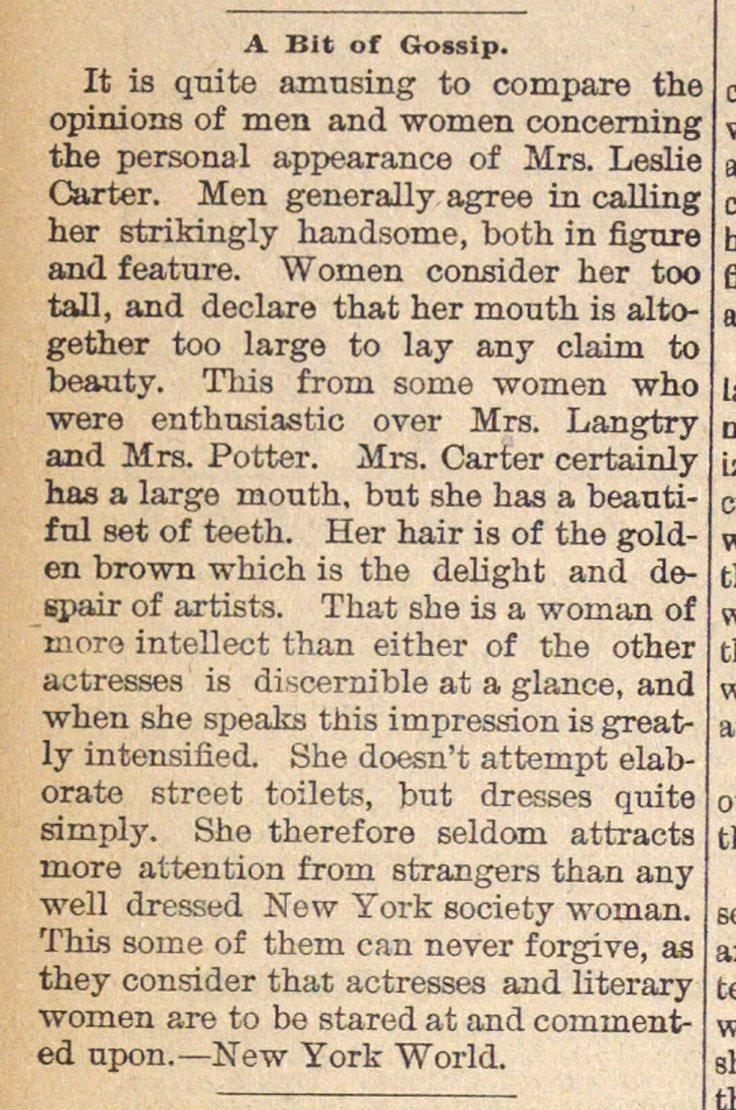 It is quite amnsing to compare the opinions of men and women conceming the personal appearance of Mrs. Leslie Carter. Men generally agree in calling her strikingly handsome, both in figure and feature. Women consider her too tal], and declare that her mouth is altogether too large to lay any claim to beauty. This from some women who were enthusiastic over Mrs. Langtry and Mrs. Potter. Mrs. Carter certainly has a large mouth, but she has a beautiful set of teeth. Her hair is of the golden brown whieh is the delight and despair of artists. That she is a woman of inoro intellect than either of the other aetresses is discernible at a glance, and when she speaks this impression is greatly intensified. She doesn't atternpt elabórate strcet toilets, but dresses quite simply. She therefore seldom attraots more attontion from strangers than any well dressed New York society woman. This some of them can never forgive, as they consider that actresses and literary women are to be stared at and ed apon.