A Story Of The Paris Commune 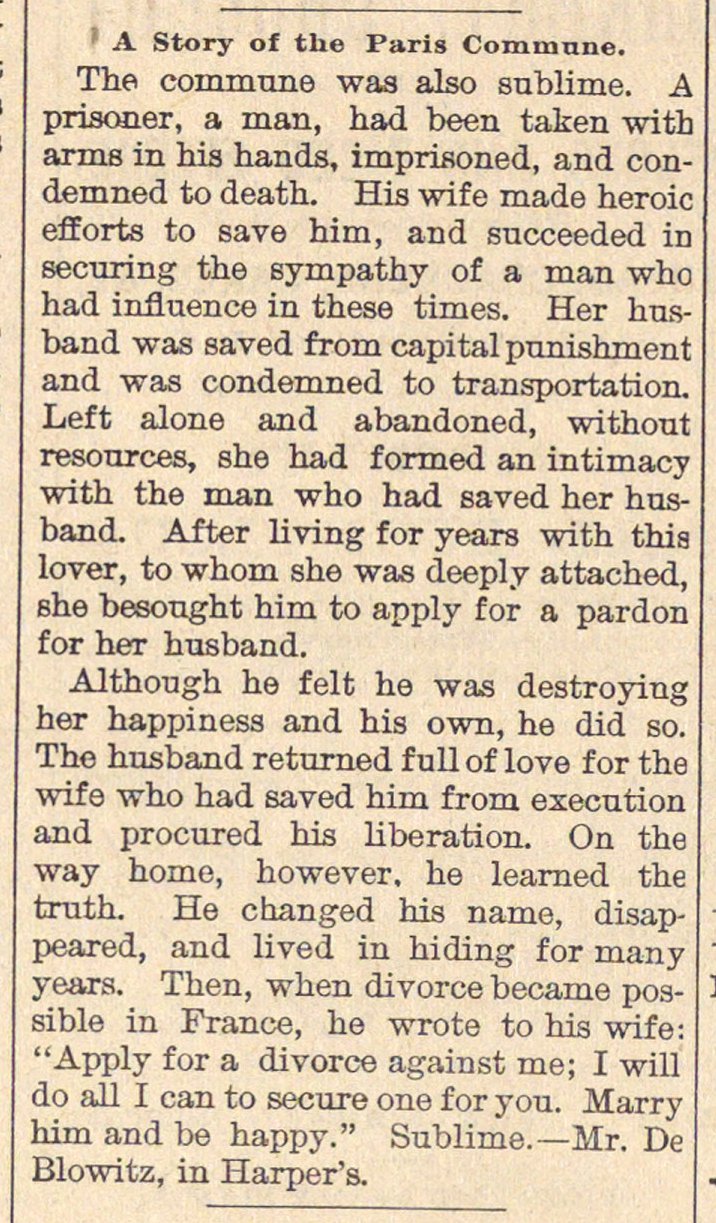 The commune was also sublime. 1 prisoner, a man, had been taken witl anus in his hands, imprisoned, and con demned to death. His wife made heroii efforts to save him, and succeeded ii securing the sympathy of a man wh( had influence in these times. Her hns band was saved from capital pnnishmen; and was condemned to transportation Left alone and abandoned, withoni resources, she had formed an intimacj with the man who had saved her hus band. After living for years with thii lover, to whom she was deeply attached, she besought him to apply for a pardos for her husband. Although he feit he was destroying her happiness and his own, he did so. The husband returned fnllof love for the wife who had saved him from execution and procured bis liberation. On the way home, however, he learned the trath. He changed his name, disappeared, and lived in hiding for many years. Then, when divorce became possible in Franee, he wrote to his wife: "Apply for a divorce against me; I will do all I can to secure one for you. Marry