He Took Her Hand With Her Fortune 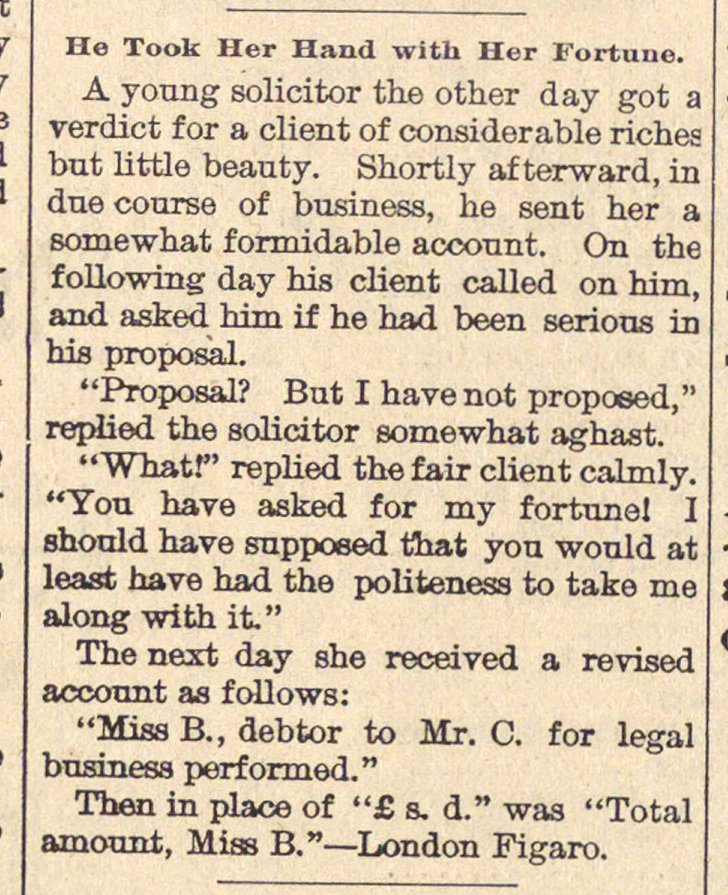 A young solicitar the other day got a verdict f or a cliënt of considerable riches but little beauty. Shortly af terward, in due course of business, he sent her a somewhat formidable acconnt. On the following day his cliënt called on him, and asked him if he had been serióos in his proposal. "Proposal? But I have not proposed," replied the solicitar somewhat aghast. "What!" replied the fair cliënt calmly. "You have asked for my fortune! I should have suppoeed that you would at least have had the politeness to take me along with it" The next day she received a revised account as follows: "MissB., debtar to Mr. C. for legal business performed." Then in place of "L s. d." was "Total amonnt, Miss