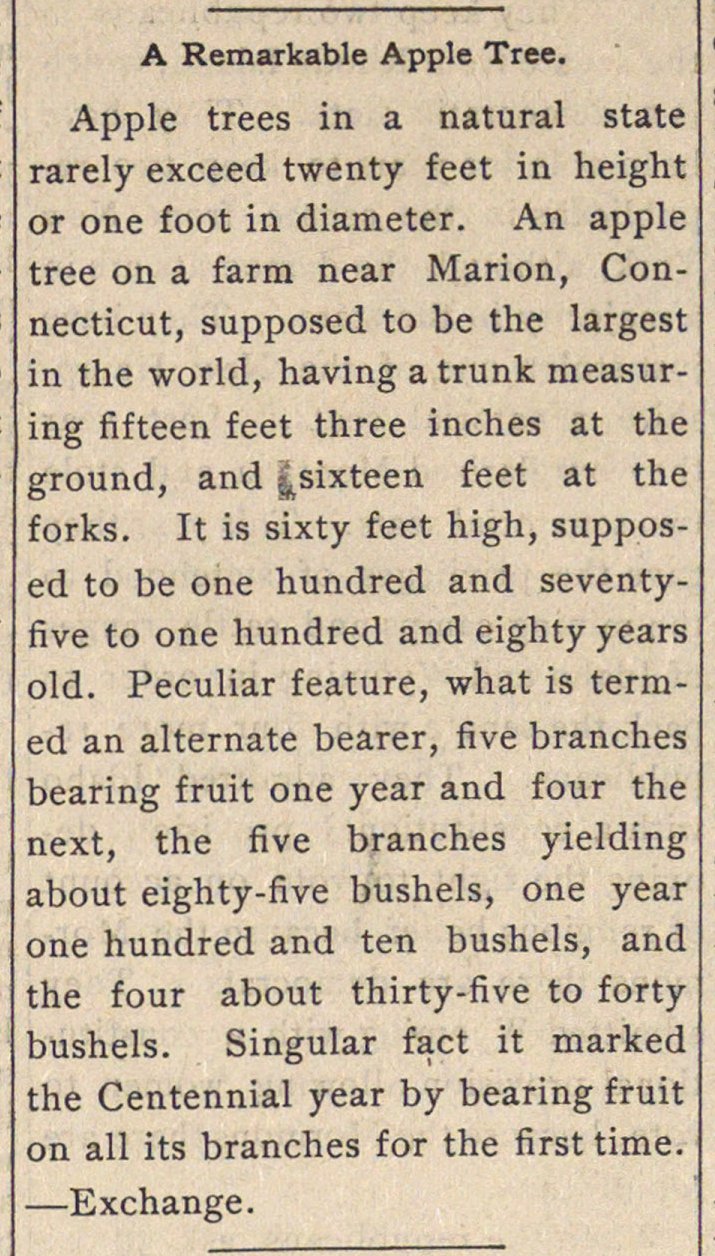 Apple trees in a natural state rarely exceed twenty feet in height or one foot in diameter. An apple tree on a farm near Marión, Connecticut, supposed to be the largest in the world, having a trunk measuring fifteen feet three inches at the ground, and sixteen feet at the forks. It is sixty feet high, supposed to be one hundred and seventyfive to one hundred and eighty years oíd. Peculiar feature, what is termed an altérnate bearer, five branches bearing fruit one year and four the next, the five branches yielding about eighty-five bushels, one year one hundred and ten bushels, and the four about thirty-five to forty bushels. Singular fact it marked the Centennial year by bearing fruit on all its branches for the first time.