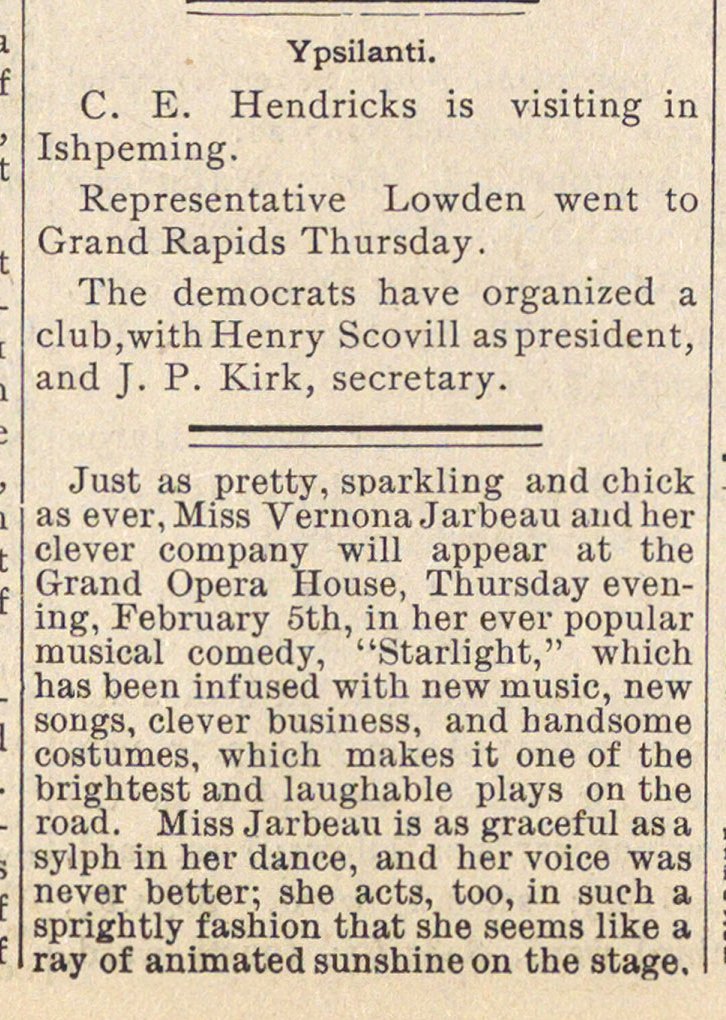 C. E. Hendricks is visiting in Ishpeming. Representative Lowden went to Grand Rapids Thursday. The democrats have organized a club,withHenry Scovill as president, and J. P. Kirk, secretary. Just as pretty, sparkling and chick as ever, Miss Vernona Jarbeau and her clever company will appear at the Grand Opera House, Thursday evening, February 5th, in her ever popular musical comedy, "Starlight," which has been int' used with new rnusic, new songs, clever business, and bandsome costumes, which makes it one of the brightest and laughable plays on the road. Miss Jarbeau is as graceful as a sylph in her dance, and her yoice was neyer better; she acts, too, in such a sprightly fashion that she seems like a ray of animated sunshine on the stage.