Chief Of The Press Bureau 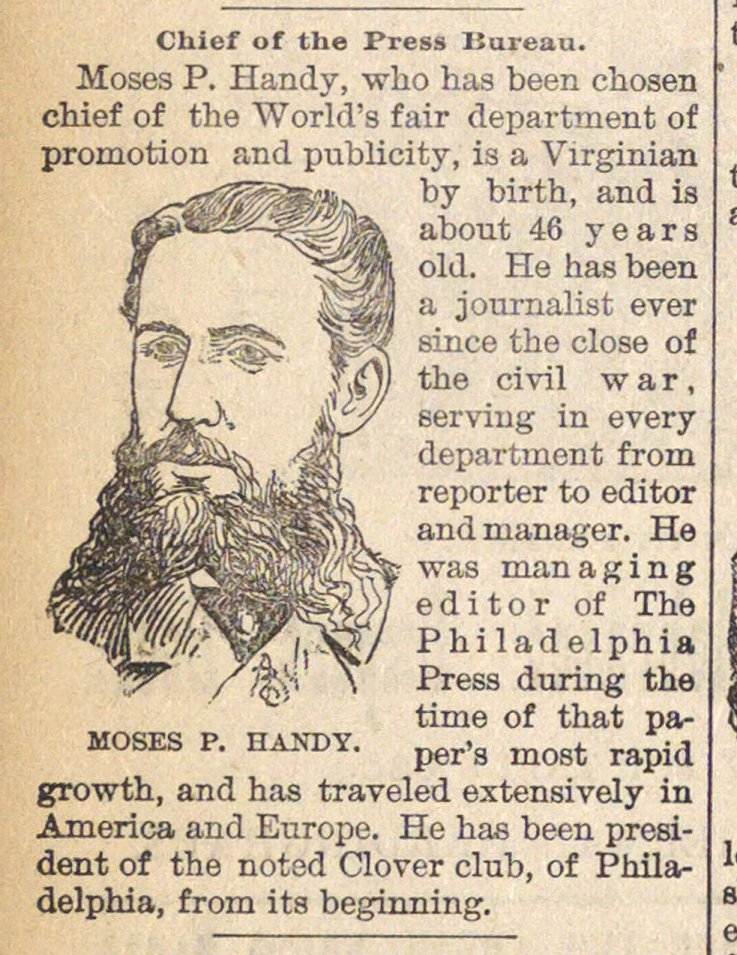 Moses P. Handy, who has been cliosen chief of the World's fair department of promotion and nublicitv. is a Virerinian by birth, and is about 46 y e ars oíd. He has been a journalist ever since the close of the civil war, serviug in every department from reporter to editor and manager. He was man a {{ing editor of The Philadelphia Press during the time of that paper'a most rapid growth, and has traveled extensively in America and Europe. He has been president of the noted dover club, of Philadelphia, from its beginning.