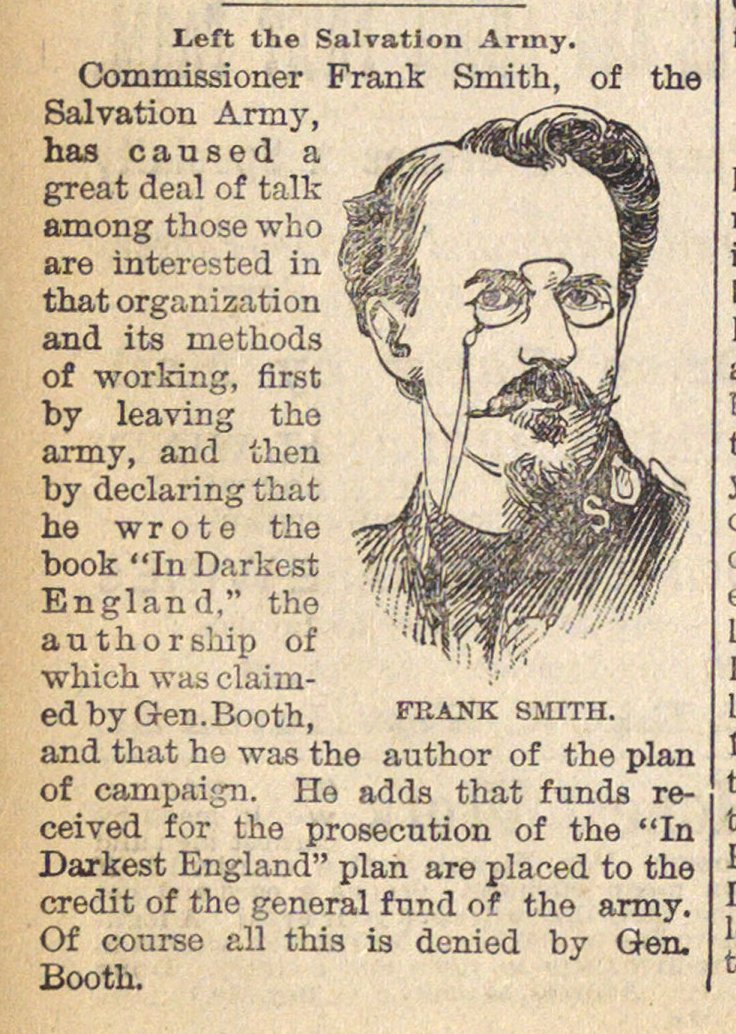 Commissioner Frank Smith, of the Salvation Arm}', has c a u s e d a great deal of talk among those who are interested in that organization and its inethods of working, first by leaving tha army, and then by declaring that he wrote the book "InDarkest England," the authorsliip of which was claimed by Gen . Booth, and that he was the author of the plan of campain. He adds that funda received for the prosecution of the "In Darkest England" plan are placed to the credit of the general fnnd of the anny. Of coarse all this is denied by Gen. Booth.