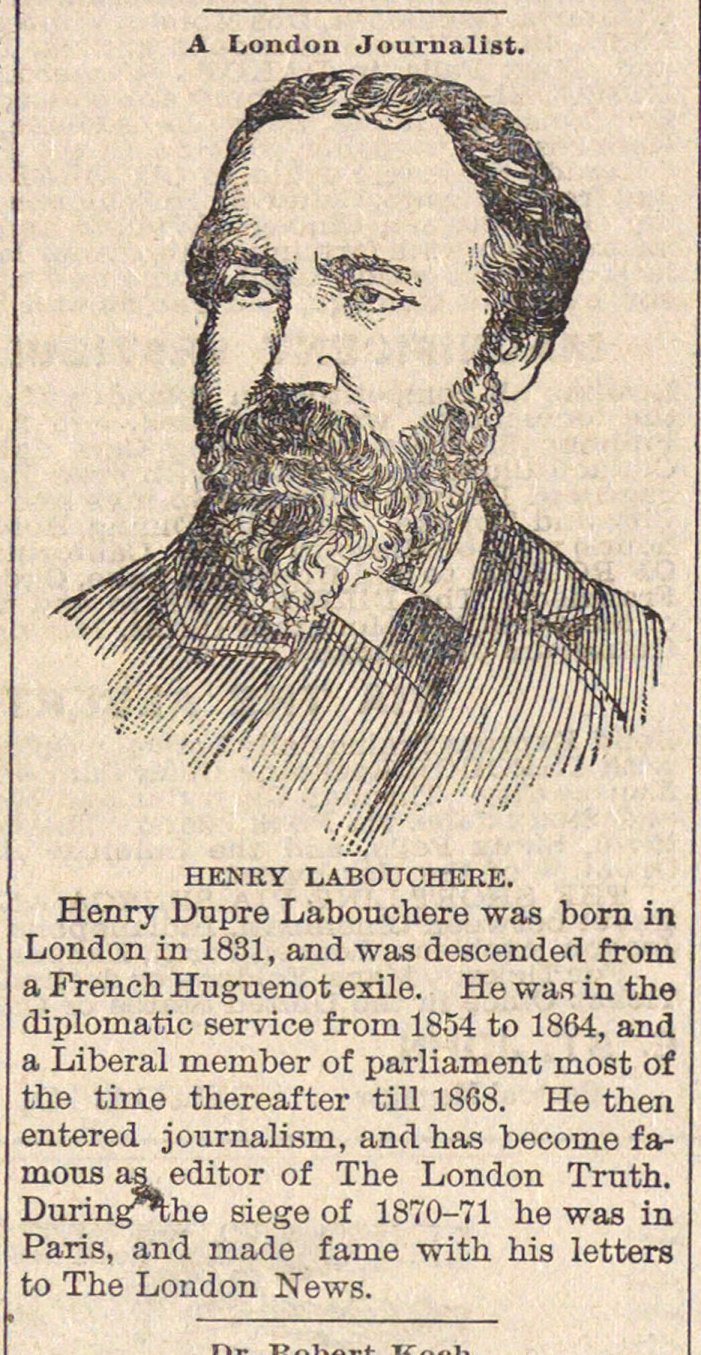 Henry Dupre Labouchere was born in London in 1831, and was descended from a French Huguenot exüe. He was in the diplomatic service from 1854 to 1864, and a Liberal member of parliament most of the time thereafter till 1868. He then entered journalism, and has become famous aa editor of The London Truth. Duringthe siege of 1870-71 he was in Paris, and made fame with his letters to The London News.