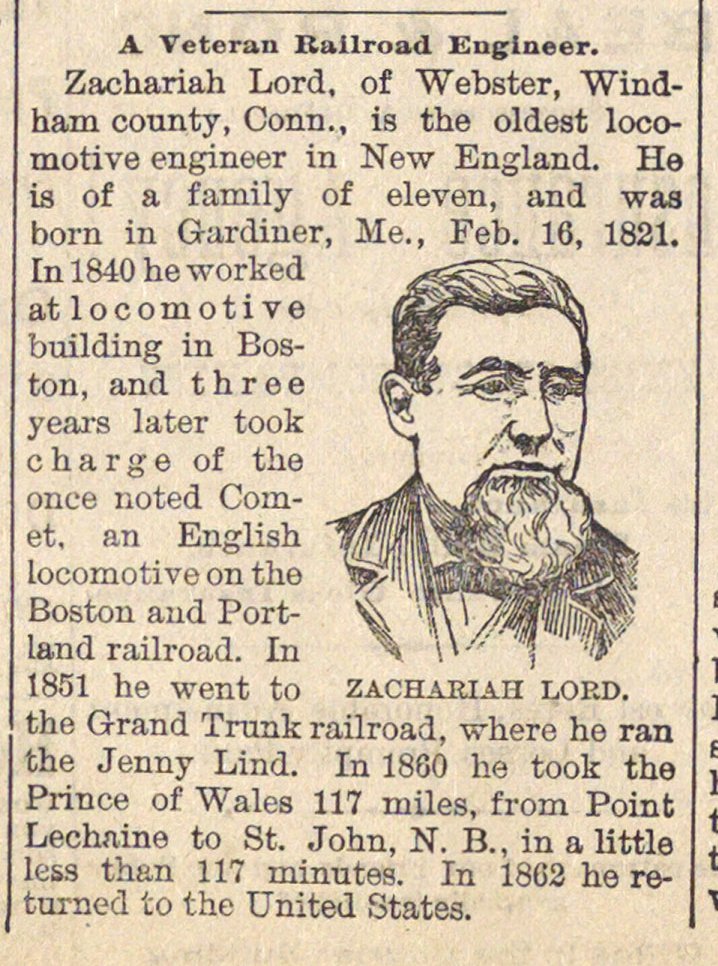 Zachariah Lord, of Webster, Windham county, Conn., is the oldest locomotive engineer in New England. He is of a family of eleven, and was born in Gardiner, Me., Feb. 16, 1821. Inl840heworked at locomotive building in Boston, and three years later took charge of the once noted Cornet, an English locomotive on the Boston and Portland railroad. In 1851 he went to the Grand Tnink railroad, where he ran the Jenny Lind. In 1860 he took the Priuce of Wales 117 miles, from Point Lechnine to St. John, N. B. , in a little less thiin 117 minutes. In 18G2 he retnrned to the United States.