Bad Luck At The Funeral 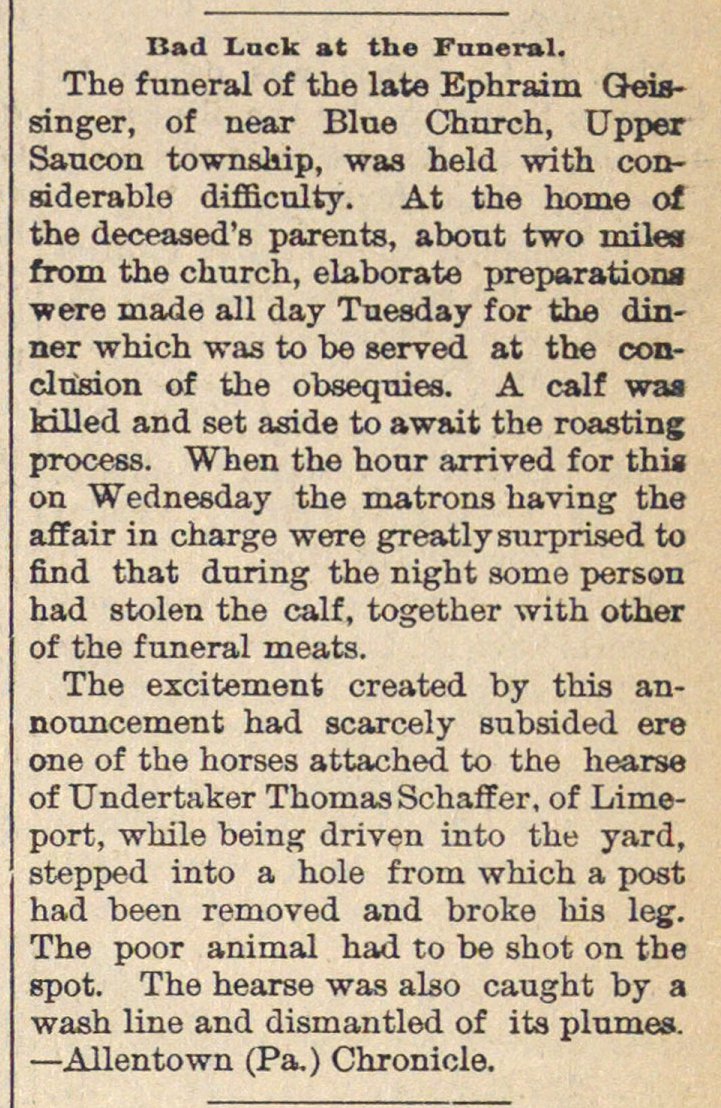 The funeral of the late Ephraim Geissinger, of near Blue Chnrch, Upper Saucon townsMp, was held with considerable difficulty. At the home of the deceased's párente, abont two miles from the chnrch, elabórate preparationa were made all day Tuesday for the dinner which was to be served at the conclrision of the obsequies. A calf wat killed and set aside to await the roasting process. When the hour arrived for thig on Wednesday the matrons having the affair in charge were greatlysurprised to find that during the night some person had stolen the calf, together with other of the funeral meats. The excitement created by this announcement had scarcely subsided ere one of the horses attached to the hearse of Undertaker Thomas Schafïer, of Limeport, while being driven into the yard, stepped into a hole from which a post lad been removed and broke bis leg. The poor animal had to be shot on the spot. The hearse was also caught by a wash line and dismantled of its plumes.