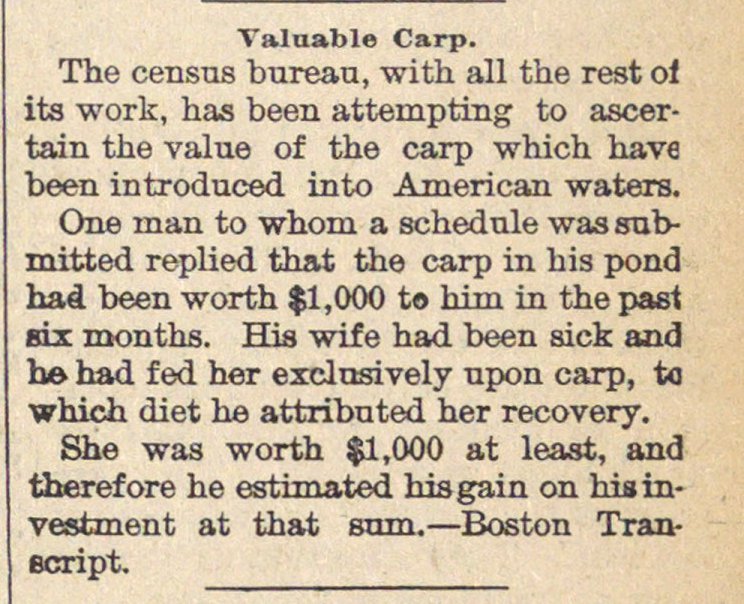 The census bureau, with all the rest ol its work, has been attempting to ascertain the value of the carp which have been introduced into American waters. One man to whom a schedule wassnbmitted replied that the carp in his pond had been worth $1,000 ta him in the past bíi months. His wif e had been sick and h had f ed her exclnsively upon carp, to which diet he attributed her recovery. She was worth $1,000 at least, and therefore he estimated hisgain on his