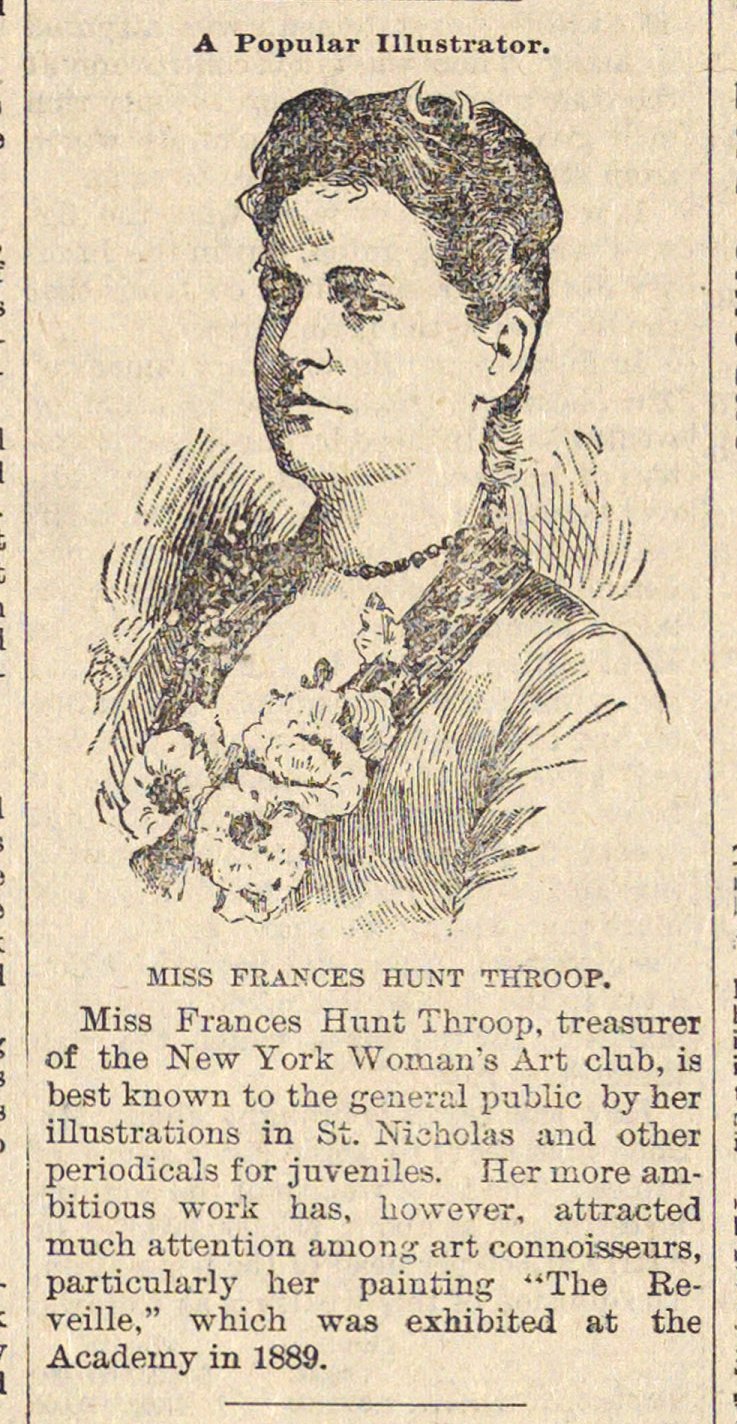 Miss Francés Hunt Throop, treasurei of the New York Woman's Art club, is best known to the general public by her illustrations in St. Nicholïs and other periodicals for juveniles. Her inore ambitious work has, however, attracted much atteution among art connoisseurs, particularly her painting "The Reveille," which was exhibited at the Academy in 1889.