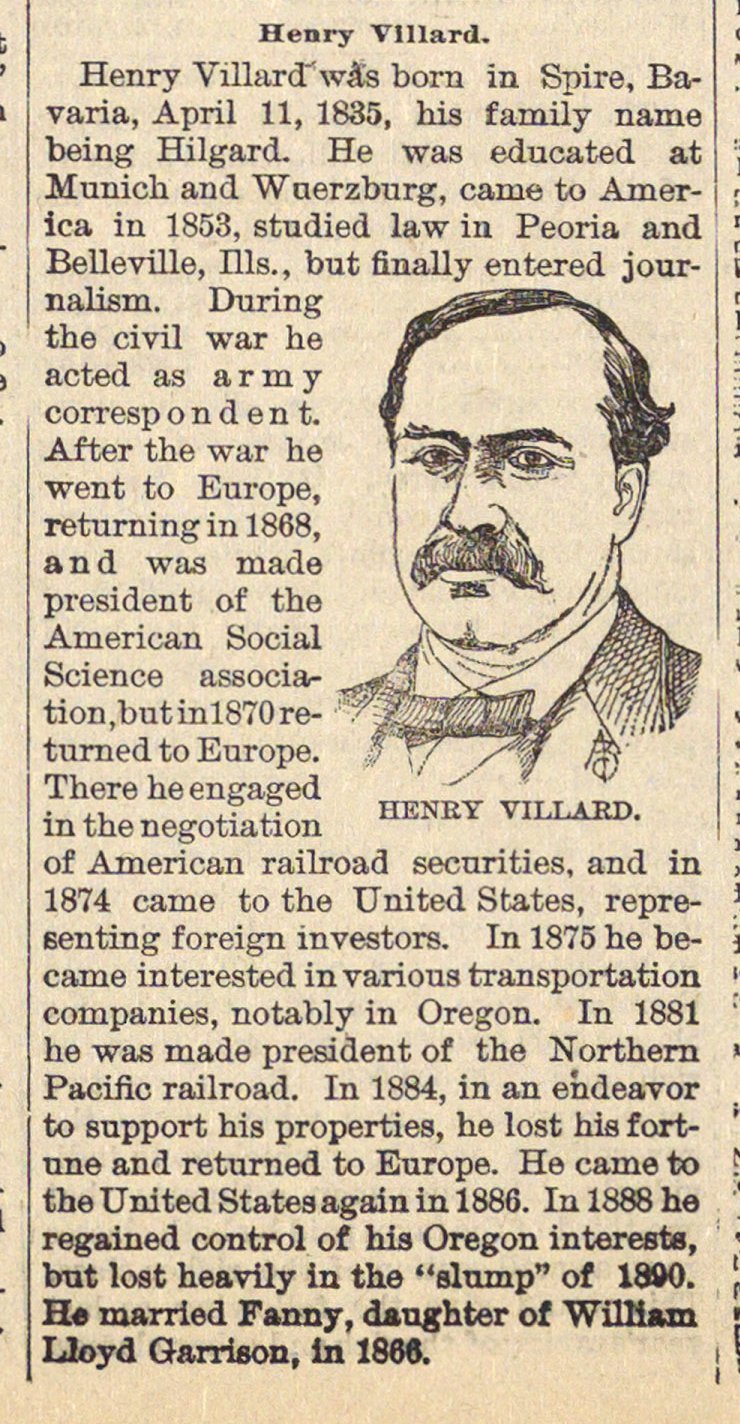 Henry Villard'wás born in Spire, Bavaria, April 11, 1835, his family name being Hilgard. He was educated at Munich and Wuerzburg, came to America in 1853, studied law in Peoría and Belleville, Ills., but finally entered nalism. During the civil war he acted as a r m y corresp ondent. After the war he went to Europe, returninginl868, and was niade president of the American Social Science association ,but inl870 returned to Europe. There he engaged in the negotiation of American railroad secunties, and in 1874 caine to the United States, repreBenting foreign investors. In 1875 he became interested in various fcransportation companies, notably in Oregon. In 1881 he was made president of the Northern Pacific railroad. In 1884, in an ehdeavor to support his properties, he lost his fortune and returned to Europe. He carne to the United States again in 1886. In 1888 ha regained control of his Oregon interest, but lost heavily in the "dump" of 18Ö0. H inarried Fanny , daughter of William Uoyd Garrison, In 1860.