One Hundred And Eight Corpses 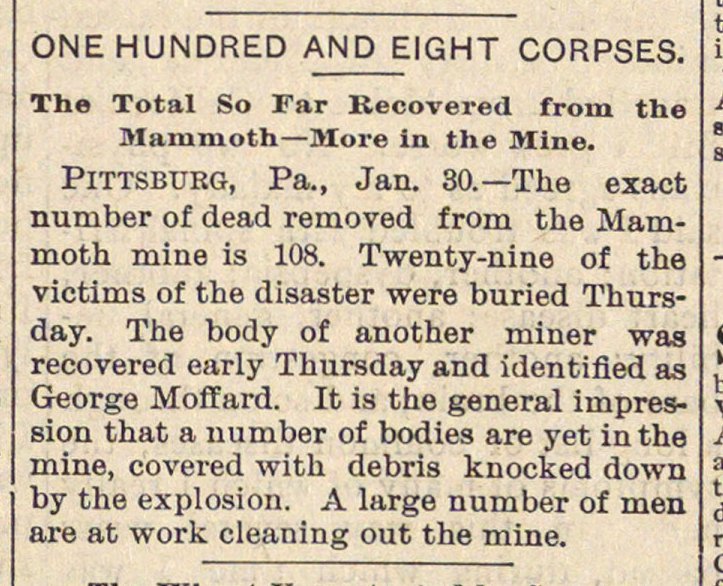 Pittsburg, Pa., Jan. 30.- The exact number of dead removed from the Mammoth mine is 108. Twenty-nine of the victims of the disaster were buried ïhursday. The body of another miner was recovered early Thursday and identified as George Moffard. It is the general iinpression that a number of bodies are yet in the mine, covered with debris knocked down by the explosión. A large number of men are at work cleaning out the mine.