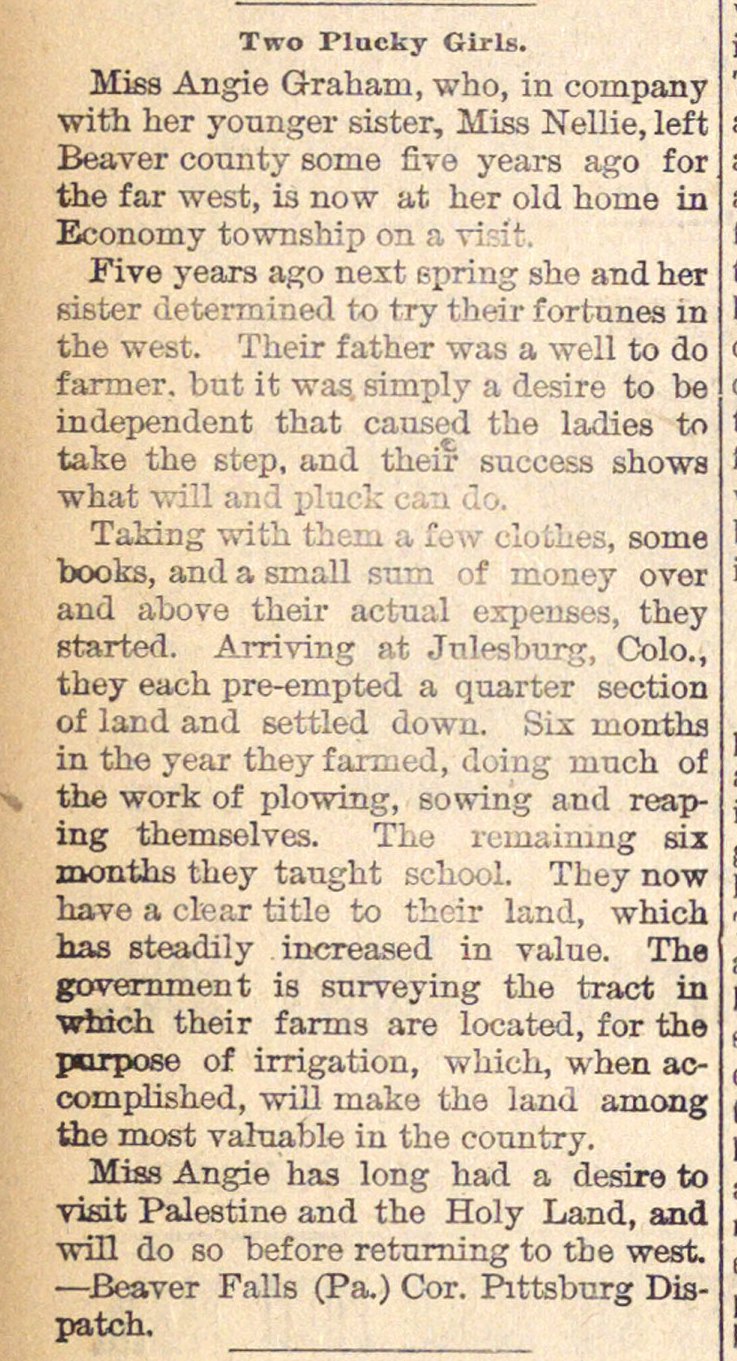 Miss Angie Grahani, who, in cornpany with her younger sister, Miss Nellie, lef t Beaver county some five years ago for the far west, is now at her old home in Economy township on a viíít. Five years ago next spring she and her sister determined to try their fortunes in the west. Their father was a well to do farmer, but it was. simply a desire to be independent that caused the ladies to take the step, and their success shows what will and ijluck can do. TaMng with them a few clothes, some books, and a small sum of money over and above their actual expenses, they started. Arriving at Jnlesburg, Colo., they each pre-empted a quarter section of land and settled down. SLx montha in the year they fanued, doing much of the work of plowing, sowing and reaping themselves. The ruuiainuig sii months they tanght school. They now have a clear title to their land, which has steadily increased in value. Th6 gïvernment is snrveying the tract in wirich their farms are located, for the porpose of irrigation, which, when accomplished, will make the land among the most vahiable in the country. Miss Angie has long had a desire to vifiit Palestine and the Holy Land, and win do so bef ore returning to tb e west.