Tale Of A Cat 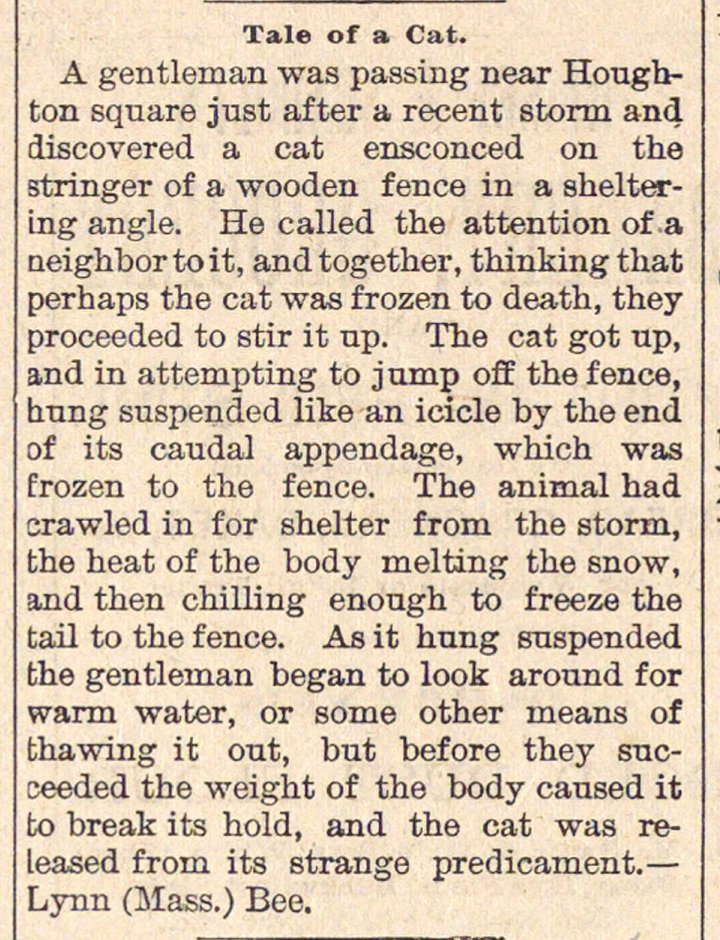 A gentleman was passing near Houghton square just af ter a recent storm and discovered a cat ensconced on the stringer of a wooden fence in a sheltering angle. He called the attention of a aeighbortoit, andtogether, thinking that perhaps the cat was frozen to death, they proceeded to stir it up. The cat got up, and in attempting to jump off the fence, trang suspended lite an icicle by the end of its caudal appendage, which was frozen to the fence. The animal had crawled in for shelter from the storm, the heat of the body melting the snow, and then chilling enough to freeze the fcaü to the fence. As it hung suspended the gentleman began to look around for warm water, or some other means of thawing it out, but before they succeeded the weight of the body caused it to break its hold, and the cat was released from its stransre predicament. -